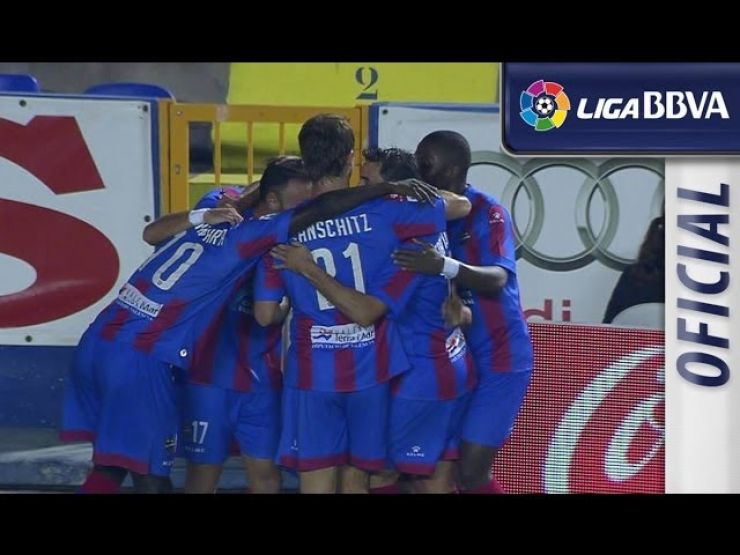 With today’s win, Levante moves closer to the European places and further away from Espanyol in the league table.

Levante wrapped up Saturday’s Liga BBVA action with a 3-0 victory over RCD Espanyol. This win sees the Valencia outfit move even closer to the European qualification places in the league table.

Despite the match being a pretty even contest, Levante was able to make the most of its chances, and effectively killing off the game during a two-minute spell where Nabil El Zhar and Babá both scored. Espanyol played a good first half in the Ciudad de Valencia but a strong performance by Keylor Navas kept the visitors from scoring themselves.

Levante started the second half just as it finished the first, and soon after the restart El Zhar popped up again to put the result beyond reach, hammering a shot into the bottom corner of Kiko Casilla’s net. Although Espanyol tried to get back into the match, the Catalans was unable to shorten the deficit. This win allows Joaquín Caparrós’ men to push ever closer to the European places and put a bit of distance between themselves and Espanyol.