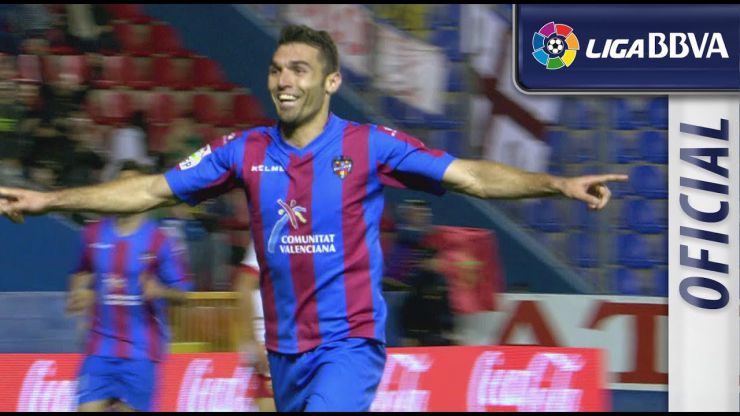 Levante make do with the one goal

The Valencians continued their good form with the narrowest of victories over Almería thanks to a beautifully crafted goal from Barral.

Levante UD claimed the narrowest of victories against UD Almería thanks to a goal from David Barral. Joaquín Caparrós’ men ended the day in ninth place, while the Andalusians lie in fourteenth.

The granotas started with more intensity than the Andalusians. David Barral and Pape Diop were the most dangerous players around the goal defended by Esteban Suárez. Francisco Rodríguez’s side, who were less lively in attack, endeavoured to prevent Levante from moving ahead on the scoreboard.

After the break, Levante continued to dominate the match until they earned their prize. After two games without a goal, it was Barral who opened the scoring with a volley from a Nabil El Zhar cross. The Valencians went after a second goal but without success. In the dying seconds, Keylor Navas had to stretch himself to save his team’s three points following a great shot from Rafita.