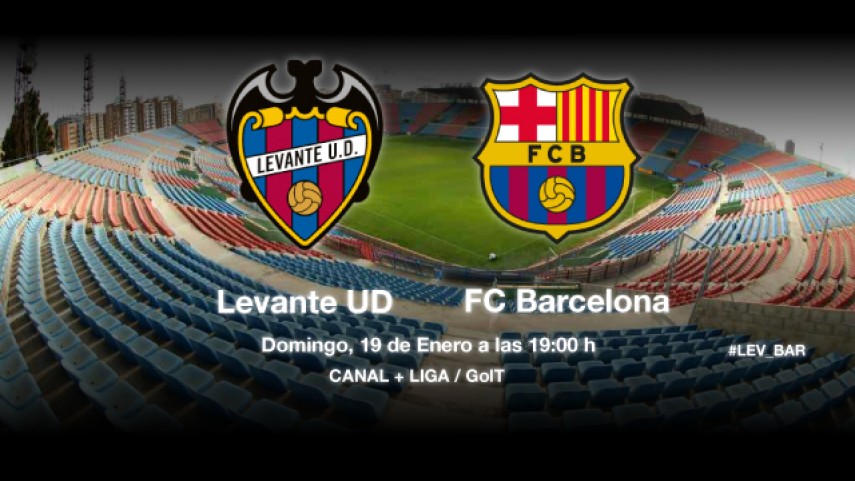 The Valencian outfit hopes to continue its good start to the year at home by frustrating a Barcelona side that travels without Iniesta, Puyol and Neymar.

Barcelona travels to play Levante for matchday 20 of the Liga BBVA, for a clash in which the home side will be looking to beat the Catalans, who have only lost one of their last 16 encounters in the Ciutat de València.

Despite beating Levante 7-0 earlier in the season, Barcelona knows it will have much more difficult task against an opponent that has improved a lot. "It is a solid, combative team which counters well and defends well. We need to be on our toes", Gerardo Martino declared in his pre-match press conference. Andrés Iniesta and Carles Puyol will sit out because of a technical decision while Neymar will miss the game through injury.

Meanwhile, Joaquín Caparrós has plenty of experience taking on Barcelona and is very clear on what his side needs to do to make things difficult for the visitors. "We'll try to make them suffer. We can't have any lapses in concentration that cost us all the hard work we put in during the game", the coach assured. Ahead of the match, Levante welcomes back David Navarro and Pape Diop, but will be without David Barral who is suspended.