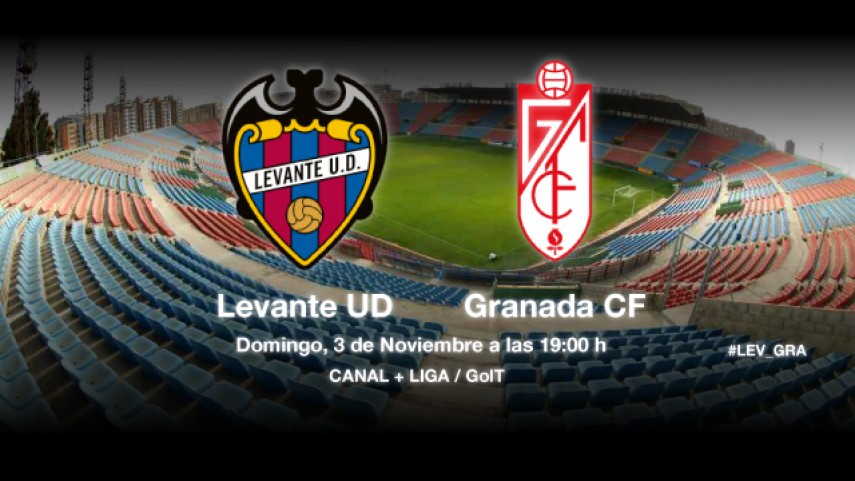 Levante looks for a European place

The Valencia outfit, currently seventh in the league, will look to climb even further up the table against a Granada side that has only lost once at home this season.

The Valencia outfit, currently seventh in the league, will look to climb even further up the table against a Granada side that has only lost once at home this season.

An in-form Levante takes on Granada CF at home on Sunday. The Valencia side currently sits in seventh place and has only suffered two Liga BBVA defeats this season, which came against Real Madrid and Barcelona. Meanwhile, Granada have been strong on the road, and come to the Ciutat de València having only lost one away match.

Levante is displaying the type of form it enjoyed during its greatest ever season, when it qualified for Europe. Now, just two points away from the continental spots, Joaquín Caparrós’ men will continue fighting in order to climb the table. To do so, they cannot take their foot off the pedal: "If we are not at our best tomorrow, things could go badly". On top of that, the former Athletic Club and Mallorca boss will be without Miguel Pallardó in midfield.

Meanwhile, Lucas Alcaraz has good news in the form of Catalan midfielder Piti being available for selection again, although he will still be without Diego Mainz in defence, Odion Ighalo up front, and Dani Benítez in midfield. The away coach stuck to his guns during the pre-match press conference: "Levante is a very competitive and well-organised team. Our plan has to stay the same against every rival".