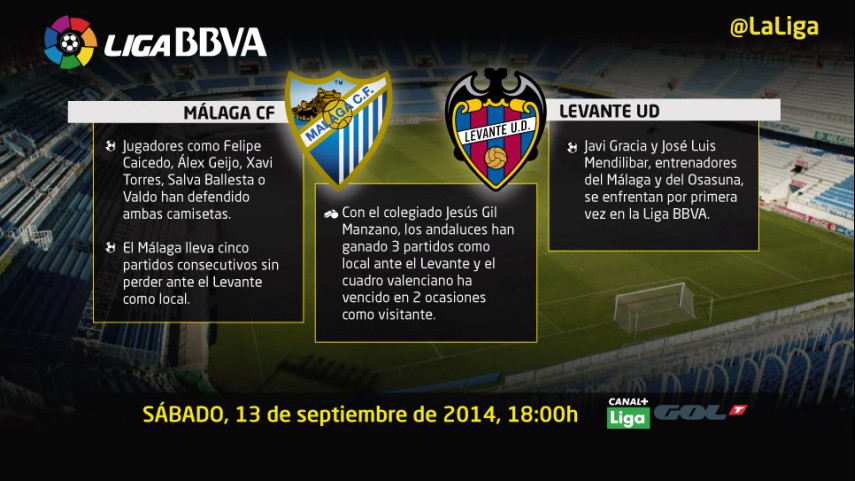 Levante looking to end their bad run at La Rosaleda

The five times that Málaga have faced the Valencia side at home they have beaten them.

After losing against Valencia CF at the Mestalla, Málaga CF are looking to get back to form in front of their own fans. They will face a Levante UD side who have not managed a point in their last two Liga BBVA ties.

Málaga boss Javi Gracia has called up 18 players for the game, including new faces Nordin Amrabat, Vitorino Antunes and Miguel Torres. The visitors are without the injured quintet of Iván López, David Navarro, Jaime Gavilán, Nikos Karampelas and Issam El Adoua, while Pape Diop has not been selected.

View from the dugout

Gracia praised Levante: "We have to keep a high rhythm of play and be ambitious from minute one. They are a hard-working side who know how to get a result". José Luis Mendilibar, meanwhile, also spoke of his opponent: "Málaga have a lot of good players, with a lot of experience at the back, and if you ignore their results, they have had a good start to the season".