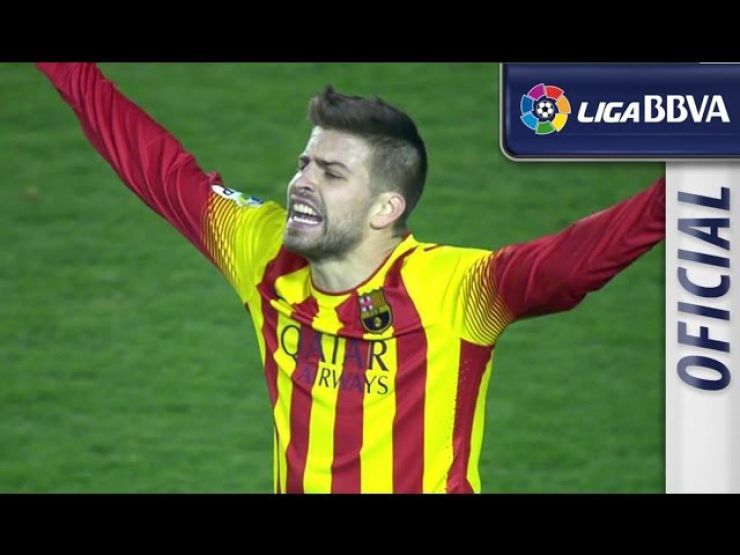 Levante hold Barcelona to a point

The Valencian side draws 1-1 with the Catalans in the Ciutat de València to hang onto its strong position in the Liga BBVA.

Levante and Barcelona drew 1-1 in the Ciutat de València in a match that either side could have won. Loukas Vyntra and Gerard Piqué scored both of the game's goals with headers during the first half.

The beginning of the match between the Valencian outfit and the blaugrana was characterised by high tempo, attacking football in which every ball was fiercely contested. The home side went in front courtesy of a Loukas Vyntra header which came from a corner kick in the 10th minute of the game. However, Gerardo Martino's side equalised nine minutes later through Gerard Piqué, who rose superbly to beat Keylor Navas with his head.

While the first half was action packed, the second half left nobody indifferent either. Levante, pushed on by the home supporters, used counter attacking to cause the Liga BBVA leaders problems. Once again the goalkeepers were the stars of the show as they kept their sides' in the game for the duration of the 90 minutes. First Navas prevented Lionel Messi from scoring, and then Víctor Valdés saved a Andreas Ivanschitz shot.

With this result, Barcelona has picked up two draws in a row and will now have to wait until the end of the day’s last match between Atlético Madrid and Sevilla to know whether it is still top of the table or not.