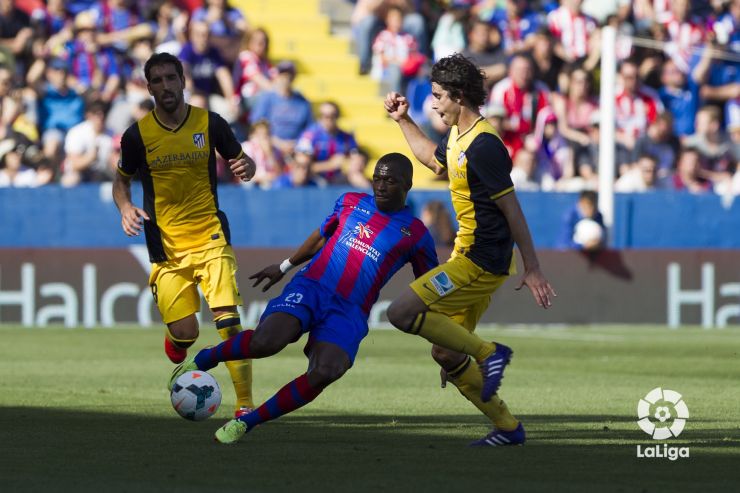 Atlético’s defeat to the granotas tightens things up at the top of the table to bring the championship to life.

Club Atlético de Madrid left three points in the Ciutat de València that were critical in the title race. Levante UD beat the leaders 2-0 on Liga BBVA matchday 36 to make for a thrilling end to the championship.

A plethora of missed chances for the side from the capital and a series of spectacular stops from goalkeeper Keylor Navas left Atlético powerless as they stood by and watched Filipe Luis find the back of his own net after a corner.

The goal lifted Levante, who were often the superior team and made the most of their chances in the second half. David Barral was the next to score for Joaquín Caparrós’ men. The striker bought a Víctor Casadesús cross under his spell and duly finished to seal the 2-0 scoreline. Later, Adrián tried his luck, but the woodwork saw off his shot. It was not the rojiblancos’ day and they will now have to work even harder for the Liga BBVA title.