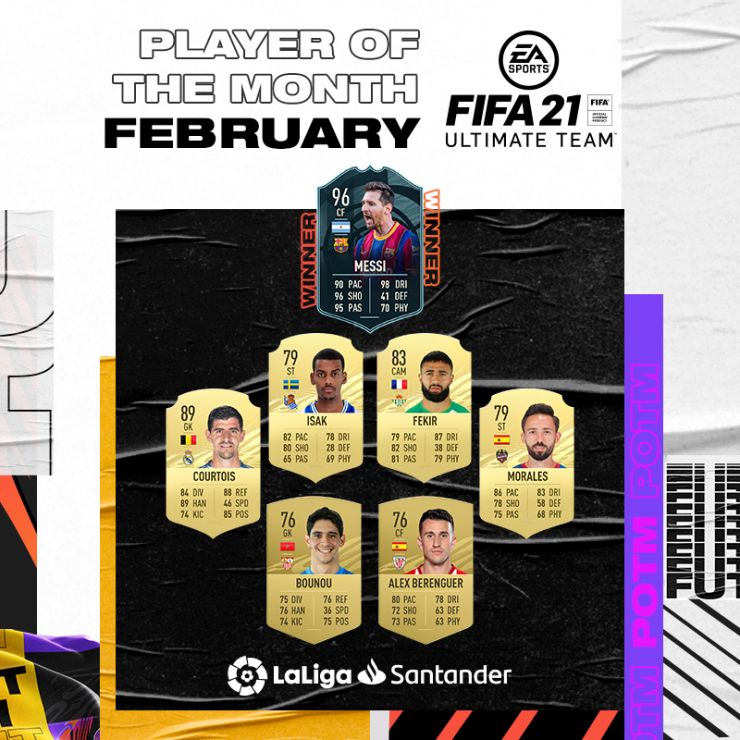 The FC Barcelona forward takes home the award after a great month, adding goals to his record as the top scorer in the history of LaLiga Santander.

Leo Messi has been named the LaLiga Santander Player of the Month for February, with the Argentine star shining out on the field play in familiar fashion.

The award further consolidates Messi's position as a genuine LaLiga legend. The Argentine has now netted 463 goals in 508 LaLiga Santander games. During February, he added two more braces to his personal collection, coming against Deportivo Alaves and Elche CF.

The Barcelona number 10 came out on top in the voting against the other candidates vying for the award: Alexander Isak, Yassine Bounou, Thibaut Courtois, Alex Berenguer, Nabil Fekir and Jose Luis Morales.