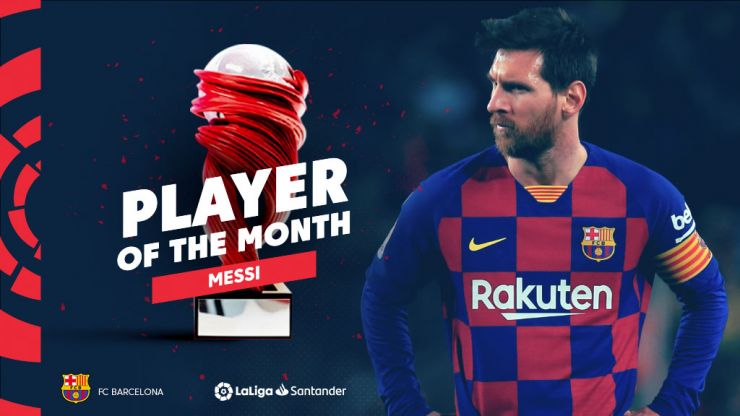 Barcelona's Argentinian receives the award after a scorcher of a month in which he netted four goals and doled out six assists to his teammates.

Messi kicked off February with a key contribution in the 2-1 victory over Levante UD, twice assisting Ansu Fati to score their team's two goals. He repeated the feat a week later by helping the Catalan club dispatch Real Betis 3-2 in a tough game, adding another three assists to his name. To round off the month of February, Messi was on fire in the 5-1 rout of SD Eibar, netting four goals to extend his lead as the top scorer this season.

The Argentinian earns this distinction for the second time this term after being named the best player in November, and he will be presented with the award ahead of his team's clash against CD Leganes on 22 March.