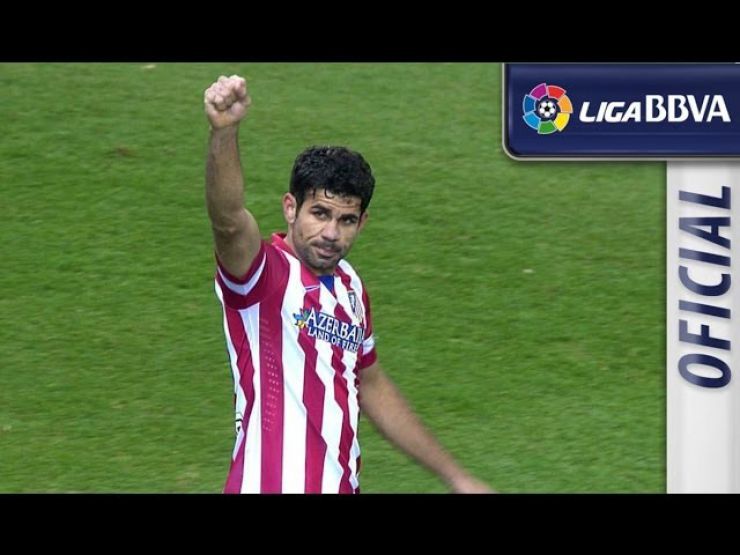 Atlético find themselves top of the table after winning at the Calderón thanks to goals from Villa, Diego Costa, Miranda and new signing Diego Ribas.

Club Atlético de Madrid downed Real Sociedad de Fútbol 4-0 in the 22nd round of Liga BBVA fixtures in a game where much more was at stake than the three points. The league leadership and the race for UEFA Champions League qualification were key, and at the end, it was the side from Madrid who came out on top and achieved their objective.

To go top of the table they couldn’t afford to slip up, and they didn’t. The Red and Whites came out strong and with a positive mentality, not allowing Real to control of the game. After several missed attempts it was David Villa who put the home side ahead after half an hour. Moments later he was injured and had to leave the field, but he still had time to dedicate his goal to the late Luis Aragonés, who was paid due homage all evening at the Vicente Calderón.

In the second half, despite being in front, Atlético didn’t let up and they carried on pressuring and obliging the Basque outfit to work hard in the centre of the pitch. Even though Arrasate’s men created chances from dead balls, it was the home side that needed only two minutes to finish the game. Diego Costa scored after Sociedad had lost possession, and Miranda headed in Koke’s cross to make it 3-0. New arrival Diego Ribas scored the final goal as a new leader of Liga BBVA was crowned.