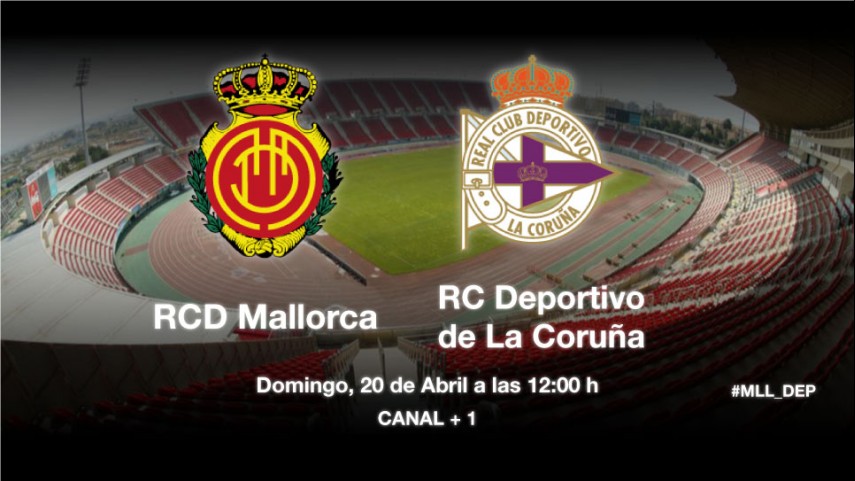 Leaders look to strengthen their position

Deportivo go into this matchday with a difficult test against Mallorca in their quest to confirm their status as league leaders.

This Sunday the Iberostar Stadium will host one of the most interesting encounters of matchday 34 of the Liga Adelante between two classic teams of Spanish football: RCD Mallorca and RC Deportivo de La Coruña.

The bermellones have been unable to achieve the consistency needed to get in the mix for the promotion play-offs, but Lluis Carreras’ side intend to keep fighting while going up is still mathematically impossible. With 44 points, Mallorca will also be looking over their shoulders at the relegation zone, with just four points separating them from it.

For the Liga Adelante leaders it will be a chance to confirm their status. With a five-point lead over the second-placed team, La Coruña are edging towards their dream of promotion to the Liga BBVA, even if there are still eight matchdays to go in the championship. Fernando Vázquez’s side, one of the most solid in the table, have put together five games on the trot without losing and will look to continue their run against Mallorca.