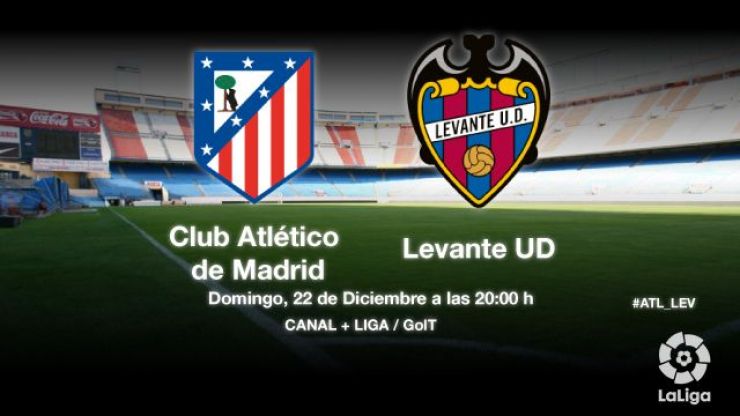 Last game of the year in the Calderón

Atlético Madrid bows out of 2013 with a home match against Levante, and will be looking to stay top of the league.

Atlético Madrid will be hoping to take a step closer towards the Liga BBVA title when it plays host to Levante for the 17th matchday of the current league campaign.

Diego Simeone’s men will take to the Vicente Calderón pitch level on points with Barcelona at the top of the league, but will have to make do without Mario Suárez in the centre of midfield. While everyone else is talking the Madrid side up as a clear candidate to win the title, Atlético’s Argentine manager prefers to focus on the present. "I like to feel that when people come to watch us, they know what we’re about. That is something that is very difficult to achieve. And the players have achieved just that, they have shown they can play as a unit. That has brought us to where we are now. We have to keep working and hopefully we’ll keep growing in the future".

Levante’s coach, Joaquín Caparrós, will be without the injured Babá. The Utrera-born manager didn’t hold back in his praise for Atlético. "Cholo Simeone is doing a spectacular job there. Personally speaking, I’d love if Atlético won the league, because they play good football. After years of Madrid and Barcelona dominating, it would be great to see another side - a side with a such an 'all for one, one for all' mentality, not to mention such a close bond between the fans and the team - win it".