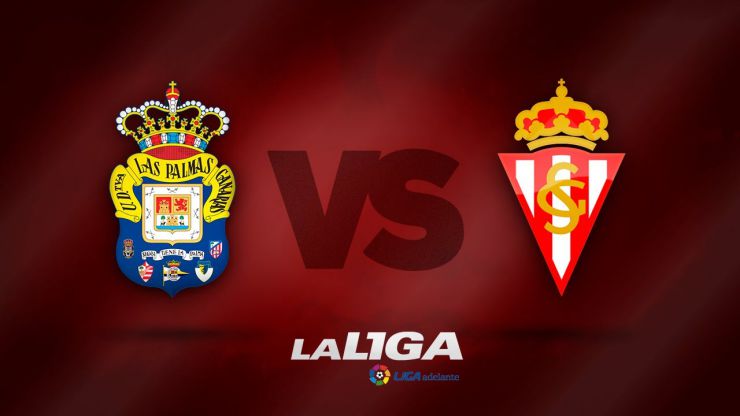 The Canary Island side beat Sporting 1-0 and will travel to Gijón looking to maintain their lead and progress to the final of the promotion playoffs. Aranda scored the only goal of the match.

UD Las Palmas sealed an important 1-0 victory over Real Sporting de Gijón in the first leg of the playoffs for promotion to the Liga BBVA thanks to a single goal from Carlos Aranda in the first half of the match.

The Canary Island team knew they had to convince the Estadio de Gran Canaria faithful after a rocky road to the playoffs. Josico Moreno’s men came flying out of the blocks, dictating the tempo and enjoying the best of the chances against a Sporting who had all eleven men sat back in their own half. Striker Aranda latched onto a poor clearance from the visitors to open the scoring when the clock read 21, sending the home fans into raptures.

The opening minutes of the second half saw Sporting’s best chances and they came close to equalising. Dejan Lekić fired the first warning shot from a free-kick that was not far off its mark before Mariano Barbosa, the home keeper, made a great save against Stefan Šćepović. Despite their perseverance, the home team were able to withstand the pressure from Gijón and hold onto the slimmest of leads that will allow them to keep dreaming of the Liga BBVA.