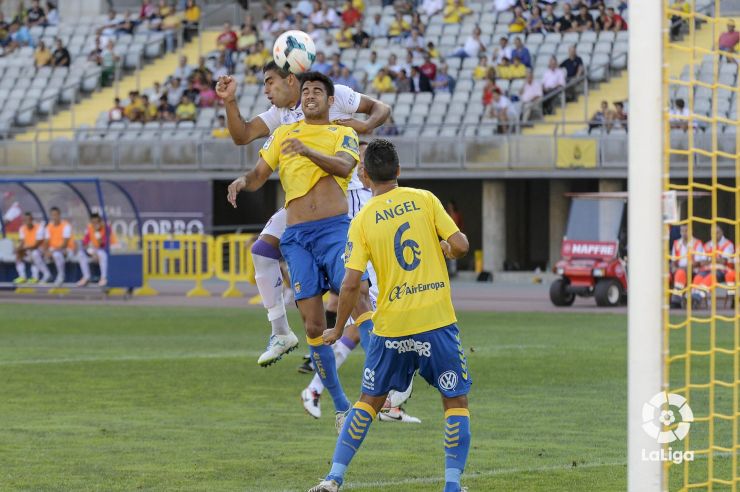 Las Palmas' Ángel López is out with injury

Las Palmas’ Angel Lopez injures his right knee and will be out for between two and three weeks.

Las Palmas' Ángel López injured his right knee joint and will now be out of action for at least two or three weeks.

According to the Yellows official website, the right-back had to pull out of Saturday’s training, ahead of the team’s trip to Girona, which the Canary Islanders ended up win 2-0. On Monday he underwent a scan after which the club's medical staff confirmed he had suffered an injury to the joint in his right knee.

The 32-year-old, who played for Las Palmas between 2000 and 2003, returned to the club after spells with Celta Vigo, Villarreal and Real Betis, and has played the majority of his career in the Liga BBVA.

After Sunday's victory against Girona, Las Palmas have now recorded two wins, three draws and one defeat so far in the current Liga Adelante campaign. As things stand they occupy the 11th place in the league table.