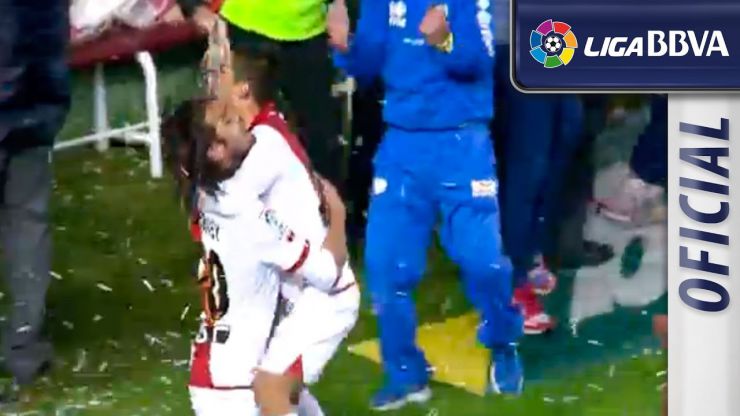 A goal from the Argentinian striker in the dying breaths of the match, from the penalty spot, gave Rayo three points against Osasuna.

Rayo Vallecano continued its hot streak and extended its unbeaten run to five games with a 1-0 win over CA Osasuna en on Liga BBVA matchday 30 thanks to a goal from Joaquín Larrivey.

Two direct rivals in the fight for salvation met in a tight first half where neither team was able to stamp its authority on the match. Francisco Silva, for the visitors, and Alberto Bueno for the home side tried to open the scoring from long range, but the scoreboard held steady for the first 45 minutes.

The break seemed to breathe new life into the home side, who dug deep for the win by seeking out their in-form striker: Larrivey. The Argentinian, who fought for every ball, hit the post after a move down the left wing, before scoring a penalty in the dying minutes of the game to give the home side a victory that will catapult them up the table with 33 points.