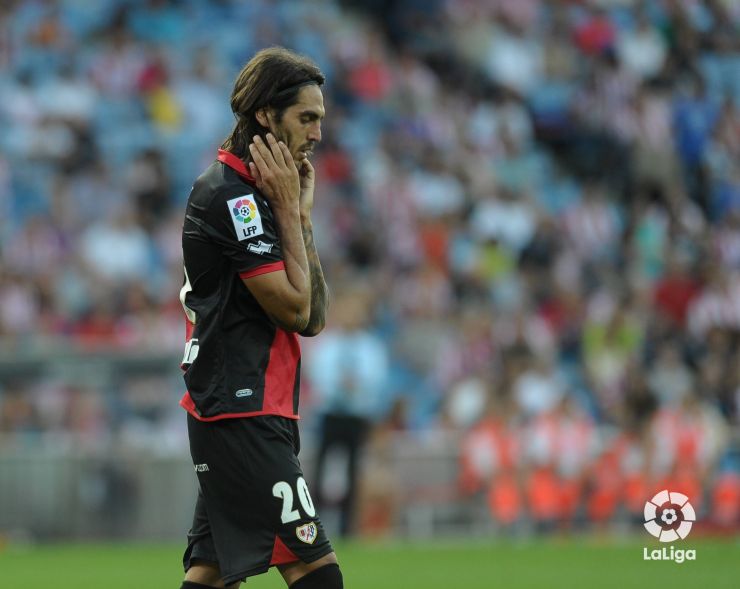 Larrivey out for Rayo Vallecano

The Argentinian striker will be sidelined for between four and five weeks due to a fracture in his left foot.

Rayo Vallecano forward Joaquín Larrivey is suffering from a "fractured proximal phalange in the third toe of his left foot", meaning he will be out for four to five weeks, according to a statement on the Madrid club's website.

Larrivey, who is in the midst of his first season in the Liga BBVA, picked up the injury during his team's last match against Granada CF on matchday 16, which the Andalusian side won 0-2.

The Argentinian player has been a regular for Paco Jémez so far this season, playing every league match for Rayo and finding the net twice.