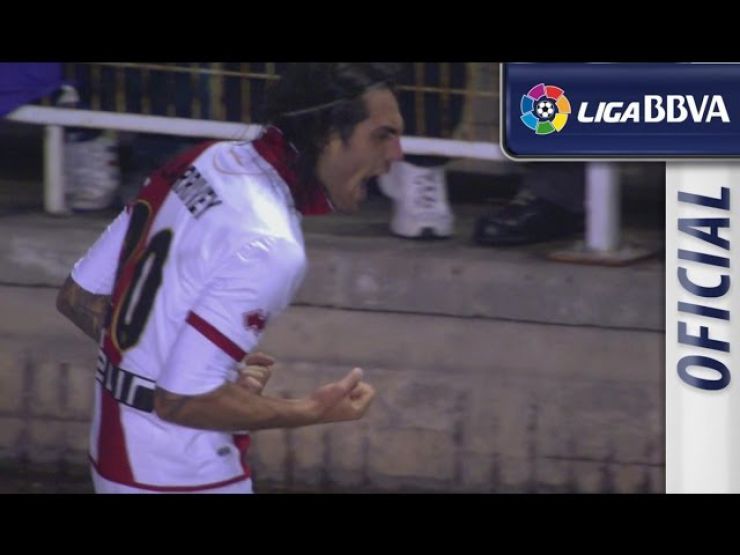 The Argentine striker scored the winning goal against Valencia to leave the Madrid team three points from safety.

Rayo Vallecano beat Valencia CF 1-0 on matchday 26 of La Liga. The home team notched up three very important points in their bid to climb out of the relegation zone, and in doing so they put an end to Juan Antonio Pizzi's side's winning streak.

Valencia came out strong and had the first chance of the game with a shot that hit the crossbar from Paco Alcácer. Gradually the Madrid side took control and came closest to taking the lead. The best chance for Paco Jémez's side came from Joaquín Larrivey with another shot that hit the post.

Straight after the break, Míchel Herrero launched a powerful free kick that skimmed past Rúben's goal. Alejandro Galvéz responded with another shot that Diego Álves skilfully cleared. Rayo stuck at it and in the 61st minute the home team got their reward. Larrivey headed a Răzvan Raţ cross to make it 1-0 and put the Madrid team within three points of safety.