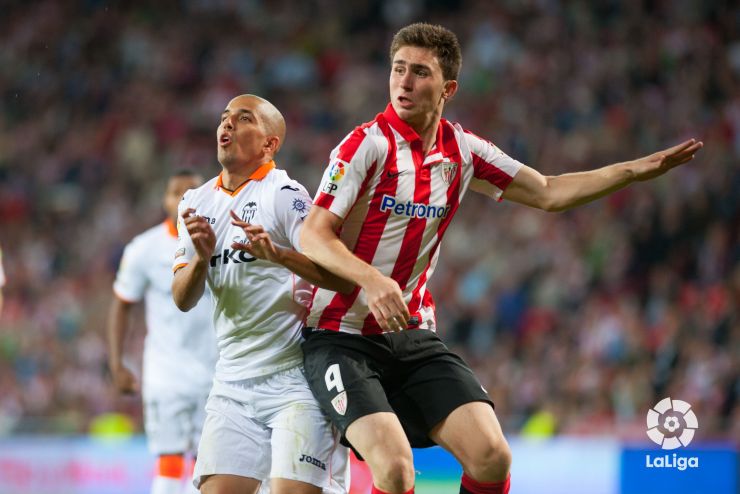 Laporte renews with Athletic until 2018

The defender’s new deal, includes a €36 million buyout clause, will see him remain with the Lions for five more years.

Setting down a solid foundation for the future is the intention at Athletic Club. The club’s president, Josu Urrutia, who has already ensured the renewal of Carlos Gurpegi, Andoni Iraola and Ibai Gómez’s deals, has now also wrapped up a contract extension with Aymeric Laporte. The young defender will remain with the Basque outfit until 2018, unless another club opts to meet the €36 million buyout clause stipulated in his new deal.

Laporte’s versatility and maturity have convinced Ernesto Valverde enough this season to give the youngster 15 Liga BBVA starts out of a possible 16 games. The 19-year-old, who hails from Agen (France), made his first team debut last season and has so far held onto his place in the team thanks in part to his ability to play in a wide number of positions across defence.