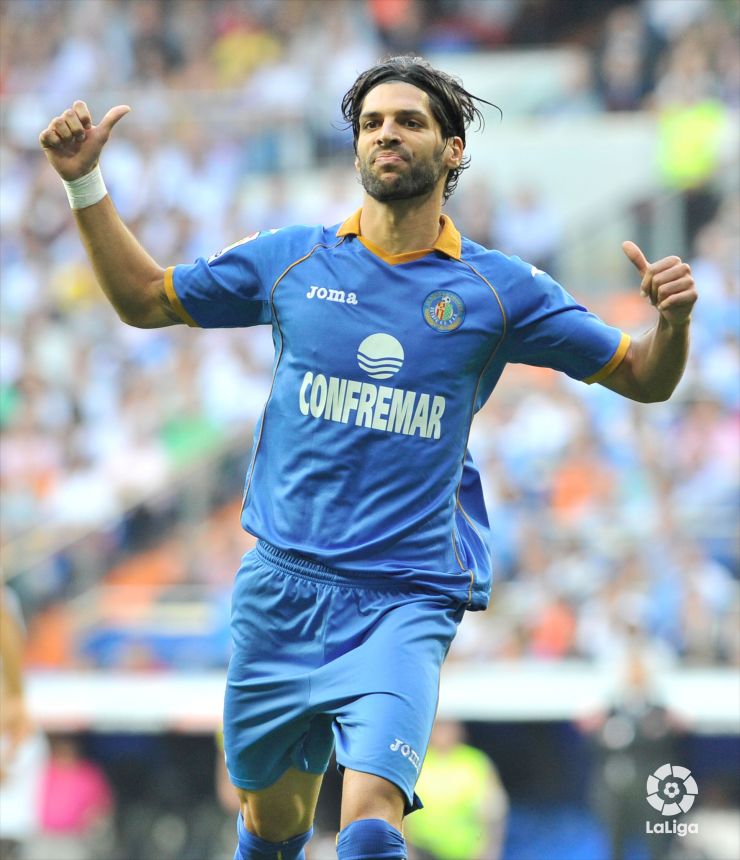 Lafita: "Vallecas is game of the year"

The Getafe central midfielder spoke to LFP.es about the crunch game his side will play against Rayo in order to try and certify their place in Liga BBVA.

Ángel Lafita (Zaragoza, 1984) is one of Getafe CF’s main men. The 29 year old central midfielder will be one of the players expect to produce at the Estadio de Vallecas, where they will fight to confirm their place in Liga BBVA against Rayo Vallecano.

LFP.es: There’s one game to go and Getafe only need one point to secure safety. How is the dressing room approaching the task?

Lafita: We can’t wait for it to come, and that it’s all over and we’re safe. In one game the whole year will be decided. For us it’s a final, it’s the game of the year. We have to go out to win.

LFP.es: What kind of game are you expecting at Vallecas?

Lafita: A difficult match, even though they have nothing to play for. There are times when the less you have to play for, the better you play. These games are difficult, and anxiety can be an important factor. If we control our anxuity, we have already won a lot.

LFP.es: It has been a difficult season, with a change of coach and you went 15 games without winning. Now it is all in your own hands after everything.

Lafita: Up to November we had a good rhythm, and we were closet o the Champions League places. Then from December onwards, we got into a bad spiral and couldn’t win, doubted everything we did, and changed coach... They’re difficult times, but you have to keep a cool head when you’re in the European places, just like when nothing is going your way and nobody believes in you. The dressing room managed to keep a cool head and the stability to not let things slip away when we most needed it. The game at the Mestalla was key. These three points helped boost our morale, and from there on things changed.

LFP.es: How does a footballer get psychologically ready for a game like this, knowing the whole season rests on it?

LFP.es: What is Cosmin Contra emphasising in this crucial week?

Lafita: Confidence, serenity, and belief in ourselves. To know that it’s in our own hands. We have fought a lot and we’ve had bad times, we have taken points where you never thought we would. We can’t let that count for nothing. It’s a key moment, and one in which the players have to show up. It’s the game of the year.

LFP.es: Your goal in the Camp Nou in added time forced the draw, and it could well be key in the future of Getafe. IS it one of the most important goals of your career?

Lafita: It could well be the most important. In other seasons I’ve also scored similar ones. I remember one against Real Zaragoza in Gijón in the 92nd minute, a 1-2 that gave us life. They’re important moments that mean a lot for the situation in which you find yourself in. This point gave us the ability to have it in our own hands.

LFP.es: Only five more players can say they’ve bagged a brace at the Bernabéu and Camp Nou in Liga BBVA history. You’re the sixth to achieve it.

Lafita: It makes me proud to have done something like that. The two goals at the Bernabéu helped keep us up, therefore hopefully this year they’ll serve to keep us up, to..

LFP.es: This is one of your best seasons, being one of the side’s main men in a difficult season. Do you feel a responsibility on the pitch?

Lafita: I like the responsibility. I feel comfy knowing I’m important. When you’re in a moment like this, just one goal away from my best return in Liga BBVA, you want the ball more, and you take on more responsibility. It’s my best time at Getafe and I’d like to seal it with salvation.

LFP.es: Are you breathing confidence?

Lafita: Experience means I’m cautious. Until the objective is achieved and I see we’re safe, I won’t be at ease, and I’ll be able to enjoy it with friends and family. They’ve put up with me in the last few months with all the bad that’s happened.