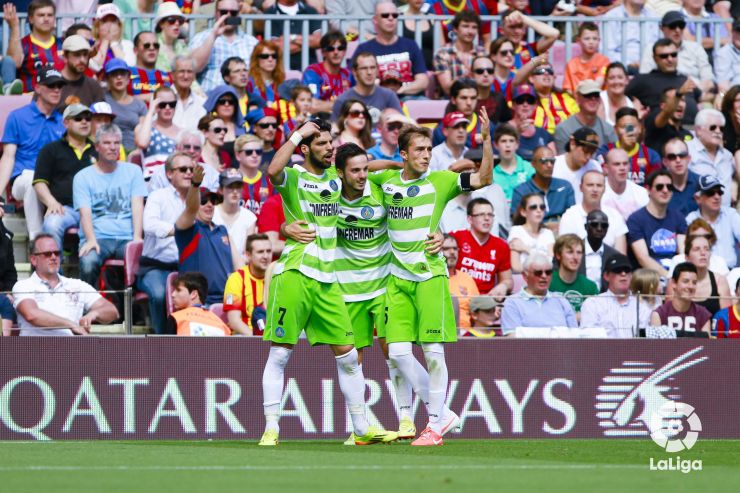 The midfielder scored the equalizer in injury time, making it 2-2 and giving Getafe hope in their fight for survival. The azulgranas fall away in their bid for the Liga BBVA title.

Getafe FC played with fight and ambition to earn an important point against FC Barcelona on matchday 36 of the Liga BBVA. The Madrid side keep alive their hopes for survival in the competition while the azulgranas’ chances of winning the title slip from their grasp.

A moving tribute at the Camp Nou in memory of Tito Vilanova opened a game in which much was at stake. Gerardo Martino’s team struggled against a brave and hard-working Getafe in a clash that the home side dominated in the first half. It was Lionel Messi who opened the scoring with a great strike from in front of the area after receiving a cross from Dani Alves. But Cosmin Contra’s team kept their heads up and drew level before the break with an Ángel Lafita header from a free kick.

After half time, the azulgranas once again took control of the game. A shot from Alexis Sánchez that hit Julio César’s crossbar preceded the goal by Alexis. The striker got on the end of a rebound from the goalkeeper to put his team in front again. But Getafe kept their faith until the end and, through another Lafita header, they clinched the draw.