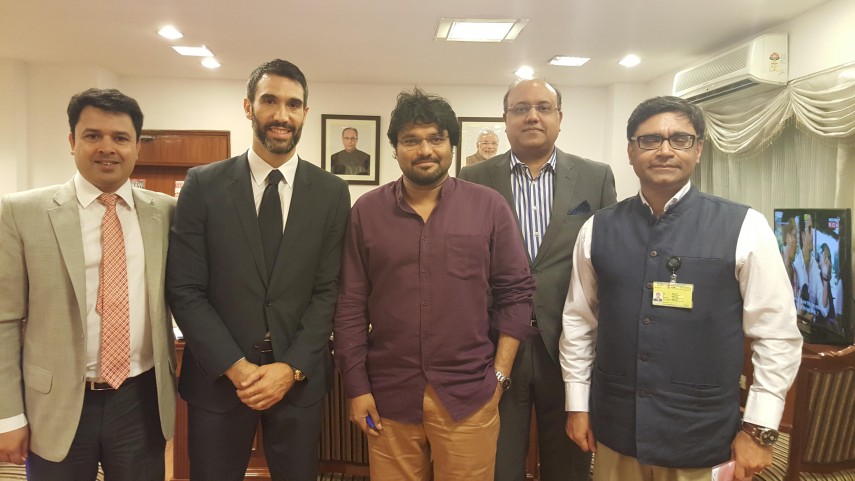 La Liga travels to India with new plans for expansion

Fernando Sanz, general director of the Liga de Fútbol Profesional’s Middle East office, visited India this week for a range of meetings with politicians and business figures in the country.

The general director of the Liga de Fútbol Profesional’s Middle East and North Africa office (MENA), Fernando Sanz, this week visited India to hold a range of working meetings with politicians and business figures in the country.

Sanz met Department of Sports Secretary Ajit M. Sharan and Minister of State Babul Supriyo, sharing information with them about the range of agreements with governments of other countries in and around the Middle East for the operation of activities and projects linked to football. The representatives of the Indian government expressed their interest in the plans and agreed to exchange initial working drafts for future collaboration with La Liga.

The Ambassador of India to Spain, Vikram Misri, also received Sanz and, during their talks, La Liga’s representative in the Middle East took the opportunity to inform Misri of the sporting and extra-sporting plans and projects with companies, both local and international, whose medium-term launch is intended.

Sanz’s visit sees India join the list of countries in Africa and the Middle East showing an interest in Spanish football and ready to become a part of La Liga’s internationalisation projects, as has been the case of the United Arab Emirates, Morroco, Thailand or Turkey. In doing so, the aim has once more been achieved of making La Liga football’s international leader, obtaining a presence in different countries with a consolidated brand. According to Sanz, "We’re a model to be followed, people want to learn from the best league in the world."

Spanish football’s route of expansion throughout the world also passes through China, where new commercial agreements are being concluded between La Liga and multinational companies.