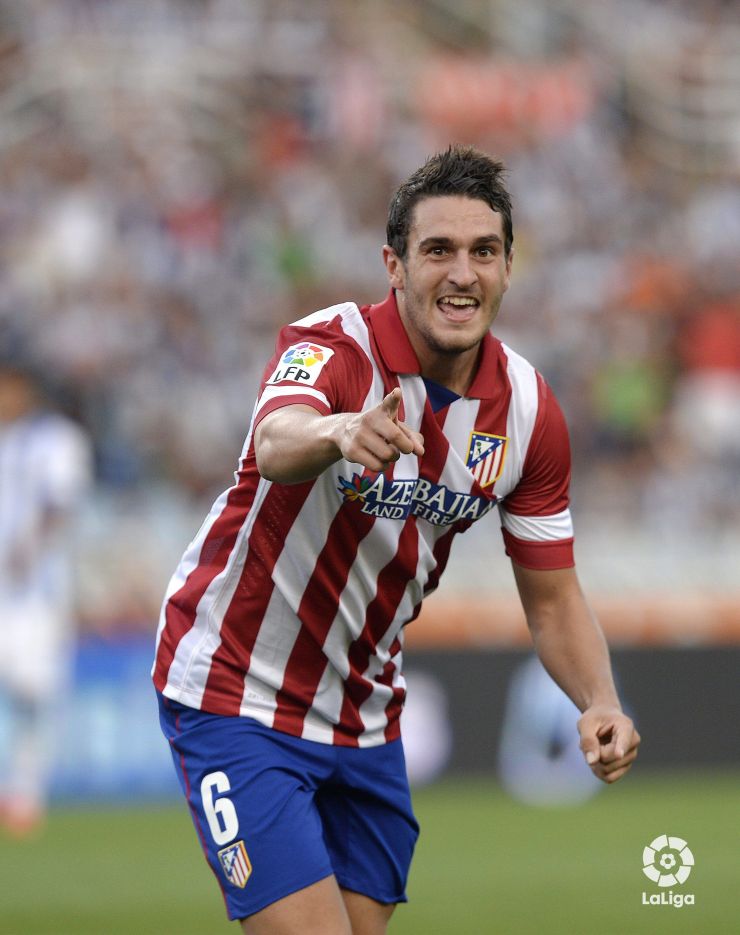 Koke and Juanfran renew with Atlético

The midfielder and defender, both of whom were key players in the Liga BBVA 2013/14 title-winning season, have extended their contracts until 2019 and 2018 respectively.

Club Atlético de Madrid has announced the renewal of Koke and Juanfran Torres until 2019 and 2018, respectively. The news means that the Rojiblancos have held on to two of their biggest players, who were key members of the Liga BBVA 2013/14 winning squad, managed by Diego Simeone.

Koke, one of the stars to come from the Atlético academy, made his debut in 2009 with the first team and has been taking giant steps ever since. At just 22, Koke has become one of the best midfielders in European football, as well as being one of the flag-bearers in the Madrid side. Last season he played 36 Liga BBVA matches and scored a total of six goals.

For his part, Juanfran joined the Rojiblancos in the winter transfer window of the 2010/11 season from CA Osasuna and he has become increasingly important to the club during his time there. A winger who switched to right-back, the player from Alicante has already won a Liga BBVA, a UEFA Europa League, two UEFA Supercups and a Copa del Rey with the team from the banks of the Manzanares.