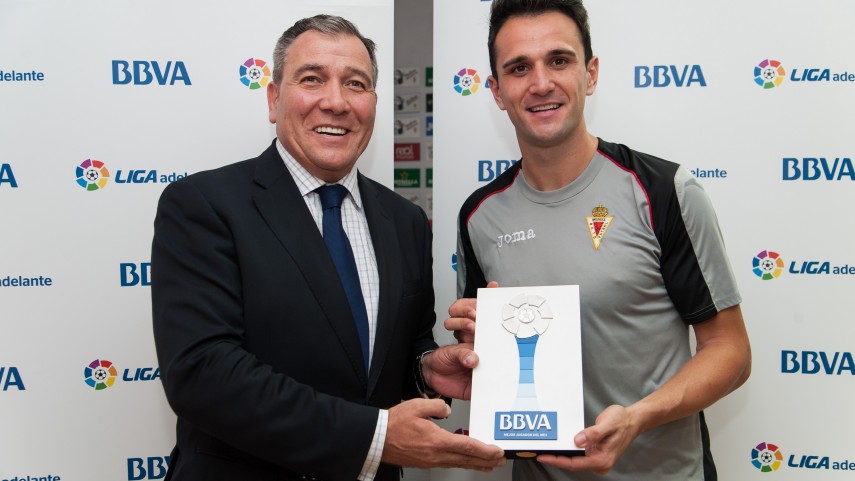 Kike García, the Liga Adelante's best player in May

The Murcia striker received the award for the best player in the division last month thanks to his performances and his eye for goal.

Kike García, Real Murcia CF striker, has been presented with the BBVA Award for the best Liga Adelante player in May, which is awarded by the Liga de Fútbol Profesional’s main sponsor.

The forward has helped his side to three wins and a draw from the five games he played last month. He hit the mark five times in five games thanks in large part to the hat-trick he scored against CD Mirandés, in a match that ended 5-0 to Murcia.

His ability has turned him into a leader within the squad. He is one of the highest scorers in the division with 22 goals, level with Stefan Šćepović in second place just behind Deportivo Alavés' Borja Viguera, who has found the back of the net on 25 occasions.

His incredible form has allowed Julio Velázquez to stir Murcia towards fourth place in the league and in the Liga BBVA playoff spots with just one matchday left to play this season. Murcia's great performances over the last 31 days have a lot to do with Kike García, who has had an outstanding season.