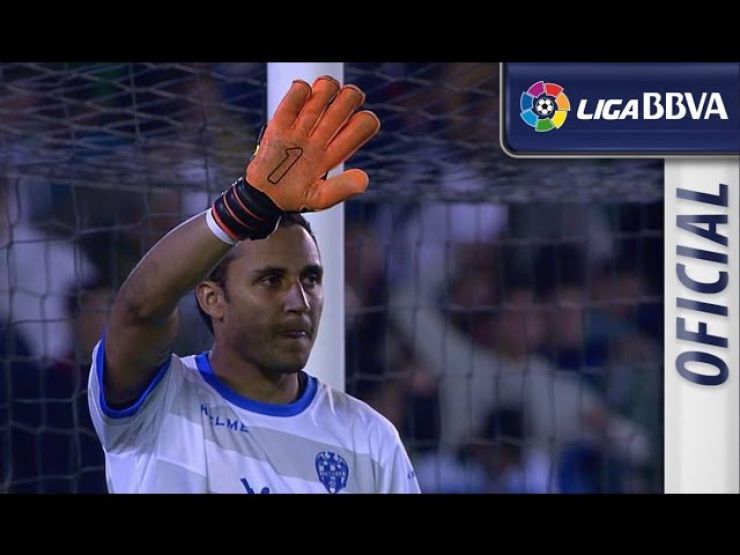 The Levante goalkeeper saved a Jorge Molina penalty, allowing his side to claim a brave point at the Benito Villamarín.

Real Betis Balompié and Levante UD played out a goalless draw in which either one of the two sides could have won. With this point, the home side were unable to escape the relegation places, whilst the side from Valencia remain in seventh.

The match started off dull, but grew in intensity throughout. With the intention of attacking, but the lack of cutting edge in their play, neither Betis nor Levante could create any real openings. The sending off of defender Javier Chica for the home side seemed to spur them on, and Pepe Mel’s side had their best opportunities whilst down to ten men. Jorge Molina went agonisingly close to opening the scoring with a header, before striker Andreas Ivanschitz also missed a good opportunity to break the deadlock.

With the extra man, Levante tried to seize the initiative and test Stephan Ardensen in the home side’s goal, whilst Betis forward ‘Chuli’ was causing problems at the other end with his movement.

The last quarter of an hour was about two men. The Levante goalkeeper Keylor Navas, and the Andalusian side’s forward Jorge Molina.The Costa Rican saved a Molina penalty which had to be retaken, where he managed to produce the same outcome. With this moment of magic from their goalkeeper, Levante take both a point and a step towards Europe, whilst Betis remain in the relegation places having won only one of their last seven games.