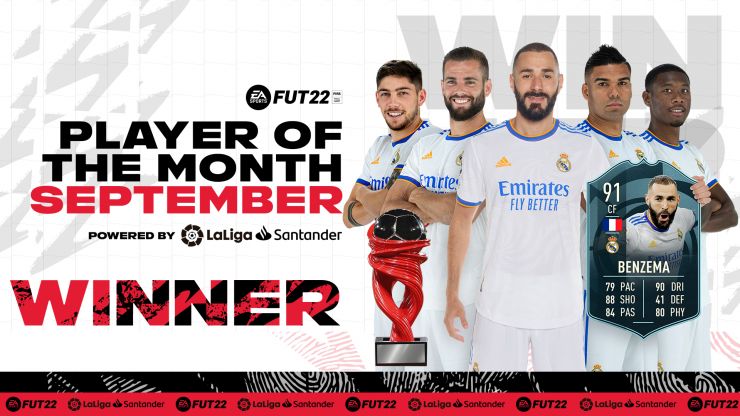 The Real Madrid striker Karim Benzema receives the first award of the season after playing a pivotal role for Los Blancos in a month in which his team have gone unbeaten and the Frenchman has fired in six goals.

Karim Benzema has received the LaLiga Santander Player of the Month award for September, the first player to earn the accolade this season. The Madrid frontman stood out not just for his fine all-round form, but also his lethal goalscoring instincts in a month which has seen Ancelotti's charges rack up three wins and a draw.

The French striker has scored six goals spread over three games. He was the star of the show against RC Celta, netting a hat-trick. On the following matchday, against Valencia CF, Benzema rounded off the Madrid comeback with a goal in the 88th minute to secure the three points for his side at Mestalla. The Real Madrid star further extended his goalscoring tally in the game against RCD Mallorca, claiming two of the capital club's six goals.

In addition to his contribution to Madrid’s goalscoring exploits, Benzema has excelled with his team play and individual brilliance. The impressive performances of Real Madrid's number 9 have made a massive contribution to their fantastic start to the season, taking them to the top of the LaLiga Santander table.