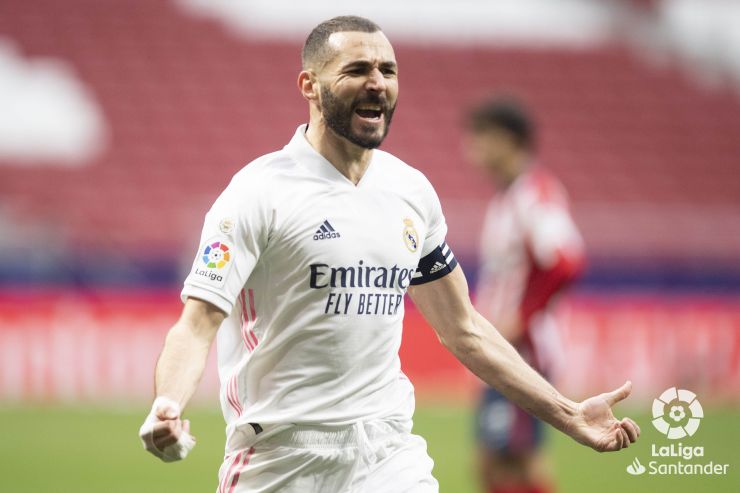 The Real Madrid frontman waltzes off with this award on the back of a superlative month and having made a decisive impact on Los Merengues' bid for the LaLiga Santander title.

Karima Benzema takes the LaLiga Santander Player of the Month Award for March, with the Real Madrid number 9 proving to be a key cog in Zinedine Zidane's machine.

The Madrid forward netted five goals in the three matches played in March, and his strike against Atletico in the Madrid Derby was a major boon for his club's title hopes.

Add to that two braces in succession: the first against Elche CF, where Los Blancos came back to win at the death thanks to his goals, and the second against RC Celta, where the Frenchman set his team on their way to victory with two in the opening half-hour.

Astonishingly, Benzema was involved in every single goal his team scored while he was out on the field of play. Real Madrid notched a total of six goals while he was on the pitch, with the Frenchman netting five of them and turning provider for Marco Asensio for the sixth.

Even more credit is due considering the Madrid striker missed the first game of the month through an adductor injury. However, this did not prevent him from returning from the treatment table and playing at the very top of his game.