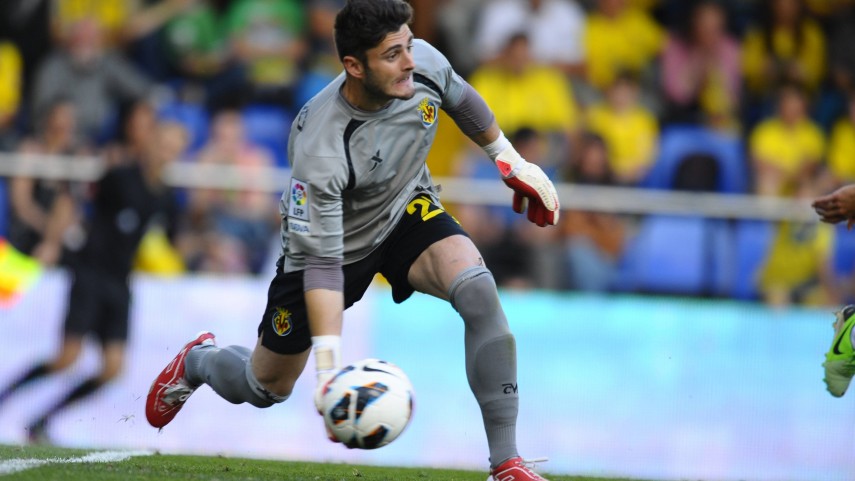 The Yellows' keeper has signed a new contract until 2017.

Villarreal CF has announced the resigning of Juan Carlos Sánchez, the team's goalkeeper, until 2017. The shot-stopper from Mallorca, whose contract was due to expire this season, will now stay at the club he has belonged to since he started his career.

Juan Carlos, who is now 26, arrived at Villarreal in the 2003/04 season from Club Esportiu Platges de Calvià. He played in all ranks of the youth academy until receiving his call up for Villarreal B where he played in the Liga Adelante. The Palma de Mallorca keeper made his Liga BBVA debut against UD Almería in 2008 coming on for Diego López, who was then Villarreal's first goalkeeper. After a season on loan at Elche CF, Juan Carlos returned to the Yellows where he helped the side win promotion to the Liga BBVA last season.