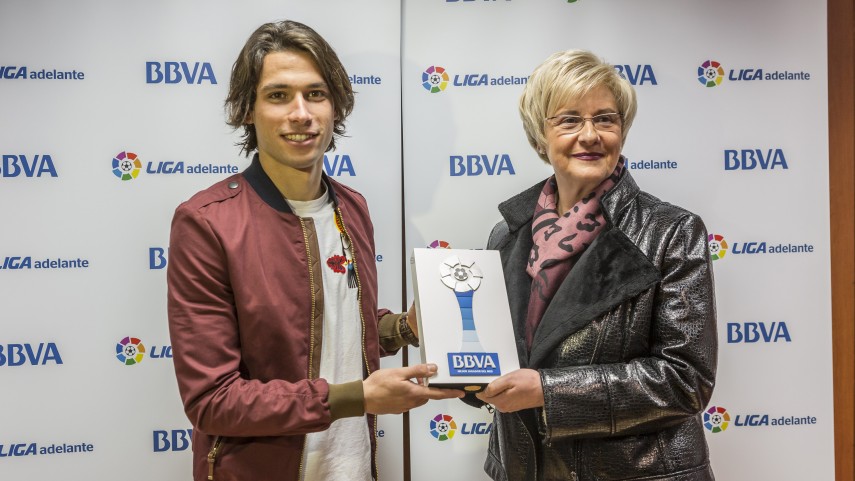 Jota Peleteiro, Liga Adelante player of the month for February

The Eibar central midfielder helped his side secure three wins and a draw this month, becoming one of the shining lights of his side’s attack.

The Galician midfielder had a terrific month, becoming a key player for Gaizka Garitano’s men. He is especially threatening from dead balls, and the youngster has shown how lethal his left foot can be. Through his magical assist, Eibar were able to down UD Las Palmas.

The following weekend he sealed his side’s win against Córdoba CF at the Estadio Municipal ‘Nuevo Arcángel'. Peleteiro opened the scoring as his side ran out 0-2 victors. These three points saw the Basque outfit go to the top of the Liga Adelante table for the first time this season.

The number 21 was also involved in the side’s 1-0 win over CE Sabadell FC, their 13th win of the season. The 28 days finished with a 0-0 draw against Real Murcia, a result which was enough to see Eibar remain at the top, level on points with RC Deportivo de La Coruña and RC Recreativo de Huelva.