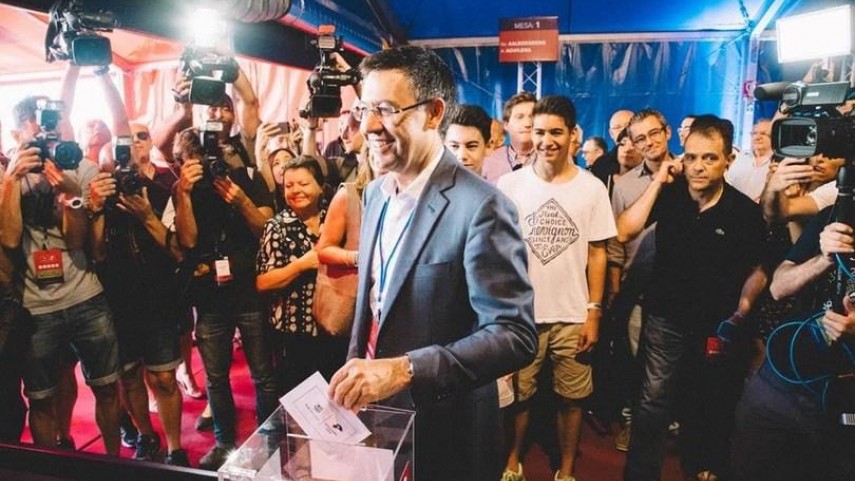 Runs out winner with 54.62% of the votes and will remain in office for the next six years.

FC Barcelona’s presidential elections now have their winner: Josep María Bartomeu. The current president will continue for the next six years in his position after recieving 54.62% of the votes.

Election day began excitedly, from the moment the polls opened all the candidates were actively encouraging voters to excercise their right to vote. Indeed, Josep María Bartomeu more than anyone, smiling confidently as he promised; "the next six years will be very important for the club".

Josep Maria Bartomeu is the new president of FC Barcelona - all the details here http://t.co/DHAJRvG4vN pic.twitter.com/s7aszhCI2p

Joan Laporta, surrounded by great expectations, acknowledged shortly after his vote that he was behind the number one candidate. Acompanied by Eric Abidal, Laporte stated his satisfaction with the level of participation,: "It’s great to see so many voters participating".

Toni Freixa and Agustí Benedito were responsible for closing the votes for the four candidates . Freixa, followed just ten minutes later by Benedito, cast his vote while stressing the importance of the results in the immediate future : " This is a big game!". Benedito, meanwhile , stressed the importance of the elections in respect to the history of the club: "This is the biggest vote since 1953".

Hours later and after the polls closed at 21:00 pm, the members had already chosen a name for the future. Bartomeu will continue, the president who has overseen the treble winning season of 2014/15; La Liga BBVA, UEFA Champions league and Copa del Rey. Bartomeu is Barcelona president, that is now the reality.