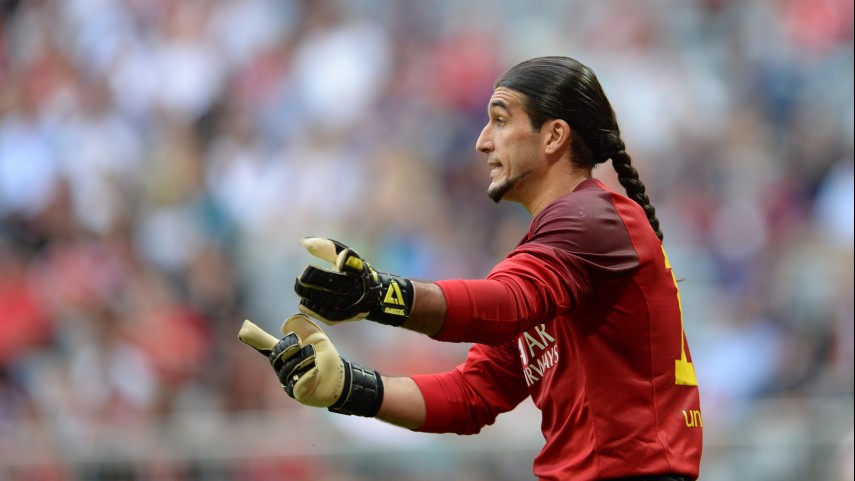 Barcelona's second keeper has another chance to show off his ability between the sticks after Victor Valdés' unfortunate injury.

FC Barcelona goalkeeper José Manuel Pinto told the press a few days ago that he always fights and trains "to win his place in the starting line-up". Now, after the unfortunate injury of his teammate Víctor Valdés, he has a chance to demonstrate his worth to Gerardo Martino, the azulgrana's coach.

Since arriving in the city of Barcelona in 2008, the player who used to serve in the ranks of RC Celta de Vigo, the club where he was the keeper to concede fewest goals in the Liga BBVA in the 2005/06 season, he has become the perfect match for Valdés, playing 63 matches in the Liga BBVA, UEFA Champions League and Copa del Rey.

Most of his games have come in the Copa del Rey, which he has one twice with the azulgranas. As for the Liga BBVA, Pinto has taken part in 21 games and kept six clean sheets. In addition, his has saved more than 70% of the shots fired at him in his 1,890 minutes between the sticks in the Liga BBVA.

Pinto could make his official debut in the 2013/14 Liga BBVA against Granada CF. His teammate's injury gives him the chance, at the judgement of his manager, to start eight matches in all the team's competitions. In principle, Pinto will have six weeks to demonstrate that he is a safe replacement for Valdés in Barça's goal.