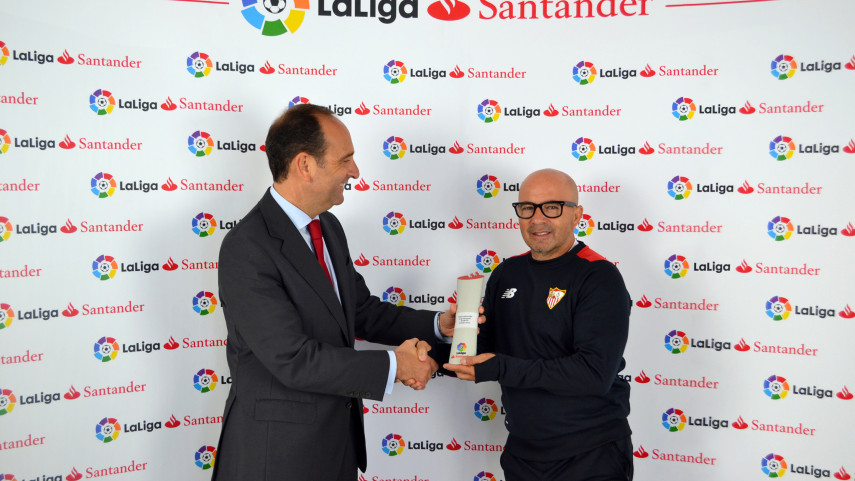 The Sevilla manager takes the award following the great results which his team produced in the competition last month.

Jorge Sampaoli has been named the LaLiga Santander Manager of the Month for October thanks to Sevilla FC's fine form in the competition, with a haul of three wins and one draw in the month propelling them to the upper echelons of the league table.

This accolade, which is awarded by Santander, the competition's main sponsor, and voted for by the LaLiga.es writers, was presented by Alberto Delgado Romero, Santander's regional director for Andalusia. Sevilla produced some fantastic results in October, even managing to beat the likes of Atletico Madrid. The side managed by Sampaoli won three of their matches, against D. Alaves, CD Leganes and Atletico, as well as managing a draw against R. Sporting at El Molinon. Furthermore, they netted a total of seven goals whilst conceding just four.