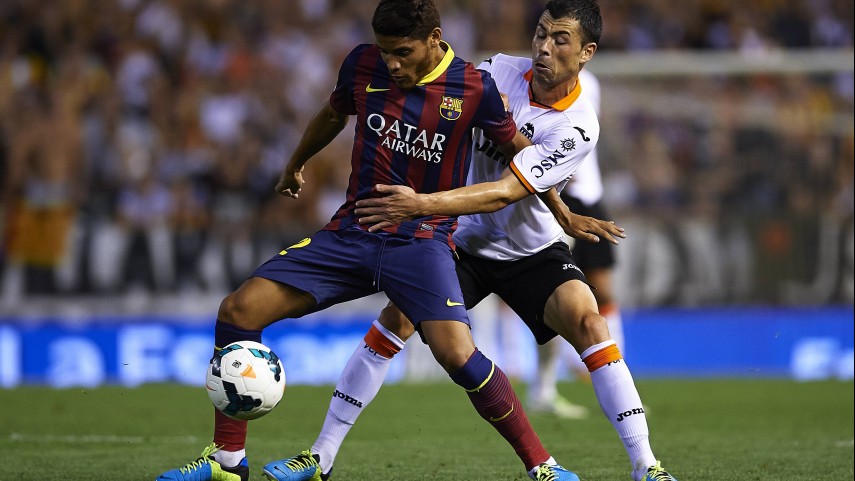 The Barcelona midfielder will undergo surgery to repair the anterior cruciate ligament in his right knee.

Medical tests have confirmed the worst for the Barcelona’s Jonathan Dos Santos. The player will undergo a minimal invasive surgery on the 5th of November to repair the anterior cruciate ligament in his right knee, an operation that will keep him sidelined for the next six months, according to the club’s medical team. The Mexican midfielder picked up the injury during Wednesday’s training session with the Catalan first team.

Dos Santos, who made his debut with the first team on the 28th of October 2009 in a Copa del Rey match against Cultural y Deportiva Leonesa, is now in his second spell with the blaugrana. So far the 23-year-old has played in three Liga BBVA games.

Meanwhile in defence, Gerard Piqué finished this week’s UEFA Champions League clash against AC Milan with discomfort in his left hamstring. However, tests carried out on Thursday showed that he merely tired his muscle out, so he should be able to resume training with the rest of the squad on Friday, according to the Catalan club’s website.