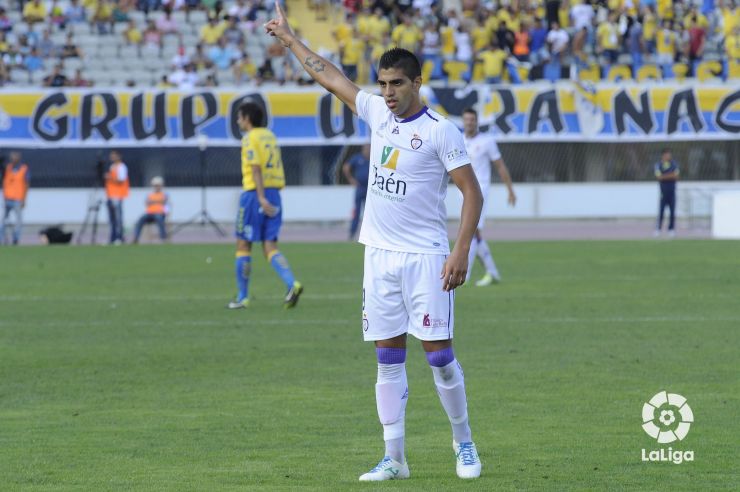 Jona renews with Granada until 2018

The striker, who is on loan to Jaén and has nine Liga Adelante goals under his belt, has extended his contract with Alcaraz's team, which was due to end in 2016.

Granada CF and Spanish-Honduran forward, who is currently on loan to Real Jaén CF, Jonathan Mejía 'Jona' have reached an agreement to extend the player's contract with Lucas Alcaraz's team, which was due to expire in 2016. The nine goals he has scored for Real Jaén, the club he is currently playing for, were a key factor in Granada's decision to renew until 2018.

Jona has become one of Jaén's stars and is one of the top goal-scorers in the Liga Adelante. Youth is one of the Málaga-born striker's greatest assets. Jona arrived at Granada in the winter transfer window and was loaned to Vitória Sport Clube for six months, while this season he has been loaned out to Jaén, the team he currently serves.