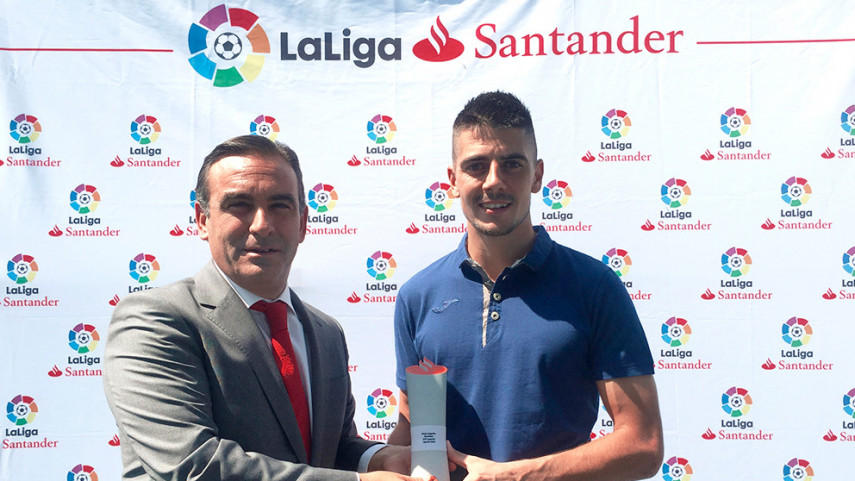 The CD Leganes goalkeeper picked up the award in recognition for his impressive efforts between the posts during the first two games of the season, in which the Pepineros did not concede a single goal.

Jon Ander Serantes has been named LaLiga Santander's Player of the Month for August, thanks to his performances in the first two games of the season. CD Leganes have made a great start to their first ever season in Spain's top flight with an away win over RC Celta and a home draw with Atletico Madrid.

This accolade – which is awarded by Santander, the competition's main sponsor, and voted for by the LaLiga.es writers – was presented by Manuel Iturbe, the bank's regional director for Madrid. Jon Anders Serantes is one of the main reasons for the Pepineros' outstanding start to the new season. With two games under their belt, Leganes have yet to concede a goal. Neither Celta nor Atletico were able to find a way past Serantes. The Leganes shot stopper was also man of the match against Atletico and pulled off several great saves to keep a clean sheet. Leganes have arrived in LaLiga and, according to their stats, they are here to stay.