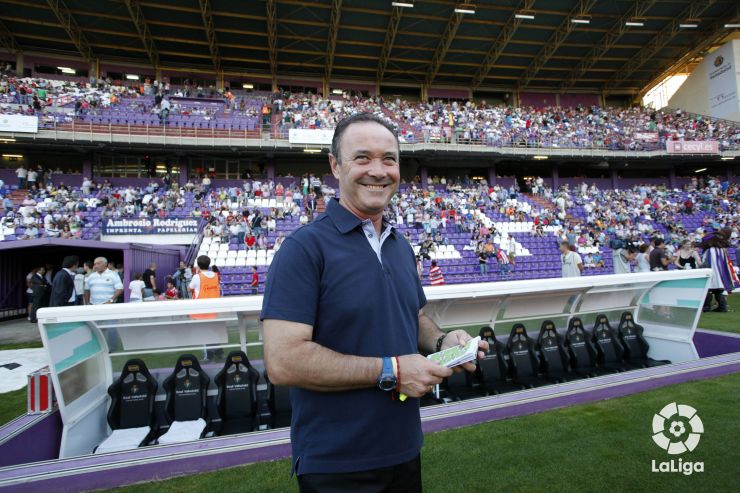 JIM returns to the Ciutat

Levante UD has fought through the early stages of this Liga BBVA season match by match. After a difficult first game (a 7-0 defeat in the Camp Nou against FC Barcelona), the team has not lost another tie and, little by little, the fighting spirit of Joaquín Caparrós is starting to show through.

The Andalusian coach knows that the match will test his players to the limit, as he stated in the match preview: "We are one of twelve or thirteen teams who are very tightly packed and Tuesday's game is the most important one as it is the soonest. At the top level every point is vital. Valladolid will make it hard for us. The smallest difference could tip the balance one way or the other".

On the other hand, it will be a special match for Juan Ignacio Martínez, who is returning to Valencia to take on his old team. "We are playing another team from our league. I have wonderful memories from Levante", said Real Valladolid CF's manager who is yet to find the key to getting his side to perform which the efficiency of last season. After recovering from two early defeats with a win over Getafe CF and a draw at Elche, Valladolid lost again to Club Atlético de Madrid 0-2 last weekend. Meanwhile, Daniel Larsson and Álvaro Rubio are still out with muscle injuries.