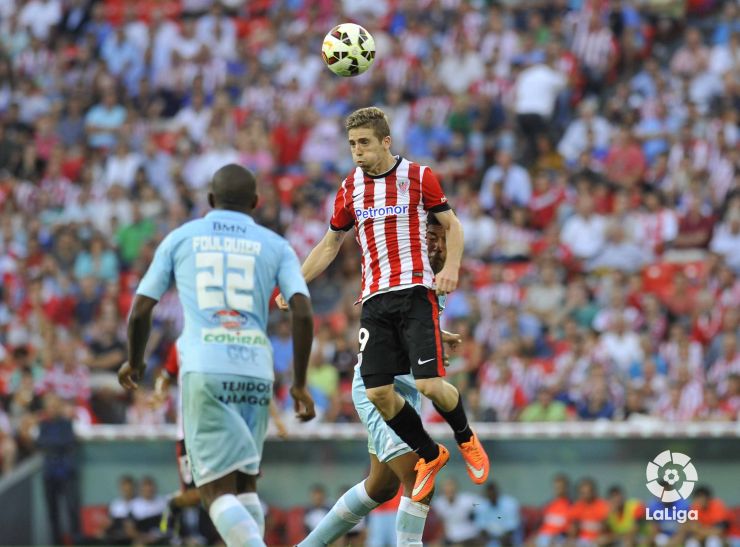 The Columbian striker's goal in the first half earned the Andalusian team the three points against Athletic at the San Mamés Stadium.

Granada defeated Athletic Club 0-1 on matchday 4 of the Liga BBVA. It was the Andalusians' second victory of the season, while for the home side it meant two defeats on the trot.

Joaquín Caparrós' men were more in tune in the first half, controlling the game and looking better organised on the field. Gorka Iraizoz had to intervene in the early stages of the encounter to stop shots from Rúben Rochina and Jhon Córdoba, who was playing his first match in the starting eleven in the Liga BBVA.

It was precisely the Columbian striker who scored the winning goal after a resounding error from Ander Iturraspe. Córdoba stole the ball from the Rojiblanco midfielder and made no mistake in the one-on-one with the home side's keeper. Athletic responded in the second half and laid siege to Roberto Fernández's goal, but the keeper made some good saves to prevent the equaliser. Aritz Aduriz, Mikel Rico and Iker Muniain tried to surprise the Andalusians, but they had no luck and Granada claimed their first away win.