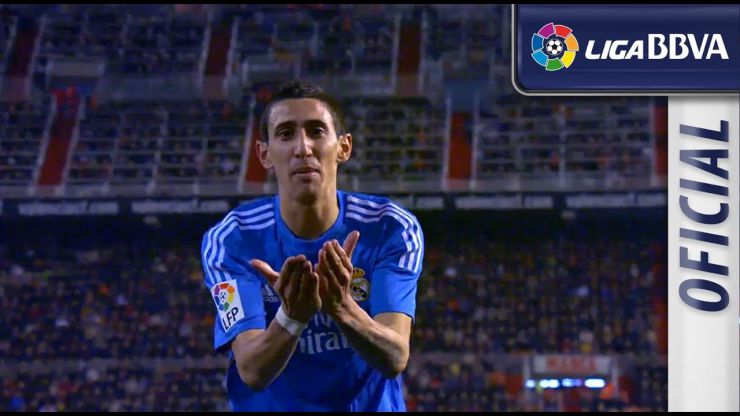 Jesé tips the balance in the Mestalla

A goal from the young Real Madrid player with eight minutes to spare gave the Whites victory over Valencia in a Liga BBVA thriller.

A goal from Jesé in the dying minutes in the Mestalla secured three very important points for Real Madrid CF against Valencia CF in the Liga BBVA matchday-17 clash.

Early in the game Carlo Ancelotti's side, under pressure after FC Barcelona and Club Atlético de Madrid's wins, dominated a home side who were looking to take their chances on the counter, and a goal great goal from Ángel di María gave Madrid the lead when the clock read 28. But it was a lead that would only last six minutes, as Pablo Piatti's header equalised the matched. However, Valencia were not allowed much time to celebrate either, thanks to a Cristiano Ronaldo header from a free-kick to make it 1-2.

The second half was a more even-sided affair and Nico Estévez's men came out in search of an equaliser. They found it in the 62nd minute when Jeremy Mathieu beat Diego López with a header from a corner. The goal proved to be a moral boost for Valencia, who went all out for victory. However, as the final whistle drew near, the young Jesé stepped up to beat Vicente Guaita from outside the box.