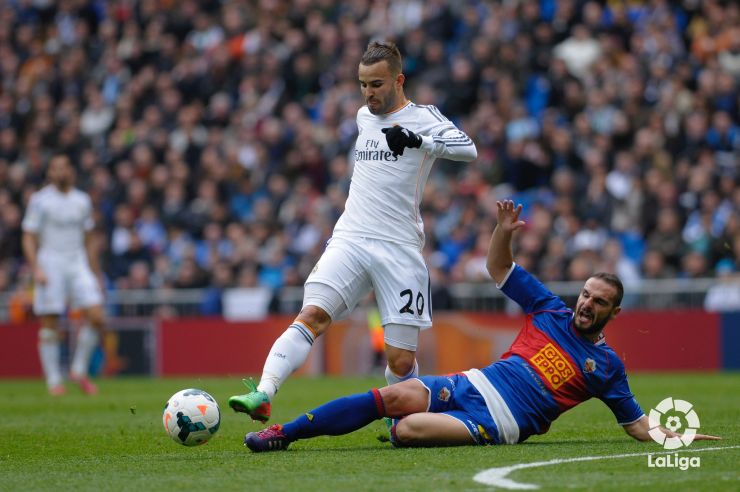 The Real Madrid striker suffered a complete tear of the anterior cruciate ligament in his right knee against Schalke.

Real Madrid CF striker Jesé Rodríguez will be out for a considerable length of time after suffering a complete tear of the anterior cruciate ligament in his right knee in the second leg of his team's last-sixteen UEFA Champions League tie against FC Schalke 04, from which the Whites qualified for the quarters.

The 21-year-old Canary Island forward, started the match against the Germans, but he had to withdraw after just eight minutes following a clash that resulted in a knee injury, as confirmed on the Madrid side's official website.

On his Twitter account, the player showed his gratitude for the support that has flooded in since the end of the match. "We are sad about Jesé's injury", said Álvaro Morata. "We are happy about the victory but very sad about Jesé's injury. We would like to send him our support and wish him a quick recovery", added Nacho Fernández.

His coach, Carlo Ancelotti, also bemoaned the injury of one of Spanish football's greatest young talents: "Jesé's injury tarnished our qualification for the quarters. We have been unlucky with Jesé's injury".