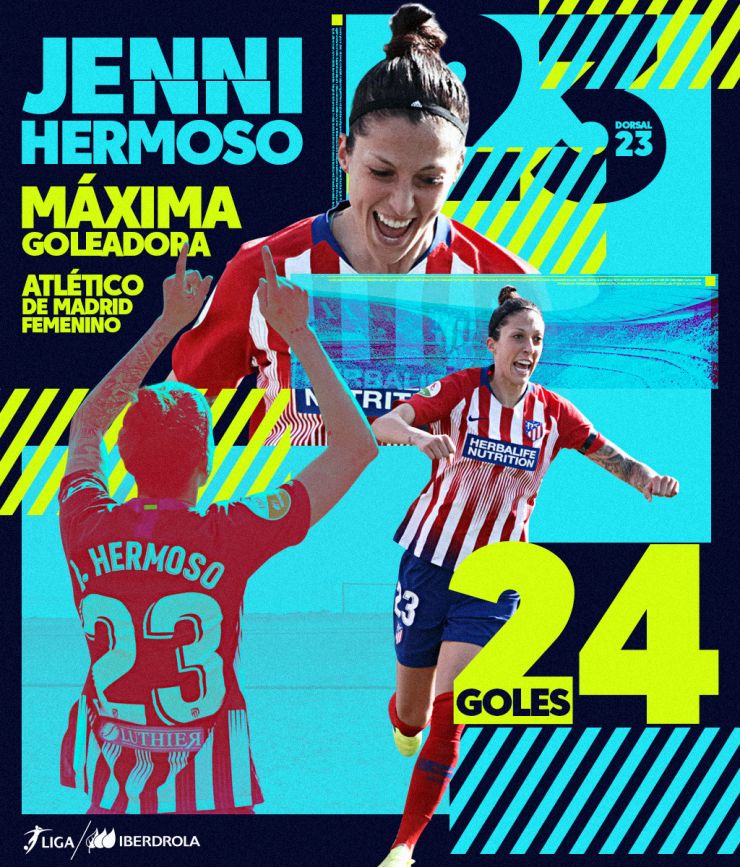 The At. Madrid Femenino striker scored 24 goals to finish as the season’s top scorer.

Jenni Hermoso returned to the Liga Iberdrola last year, after a spell with PSG in France, and expectations were high. But the 28 year old delivered for Atletico, helping them to the league title, with an unbeaten 24 goals.

Hermoso scored in 18 of the 30 rounds of matches over the season, and was top scorer for almost the entire campaign.

Hermoso has scored against 12 of the 16 clubs in the division: Malaga, Logroño, Athletic, Sevilla, Madrid, Albacete, Real Sociedad, Betis, Granadilla, Levante, Sporting and Valencia. She scored her only hat-trick of the season against Levante back in March.