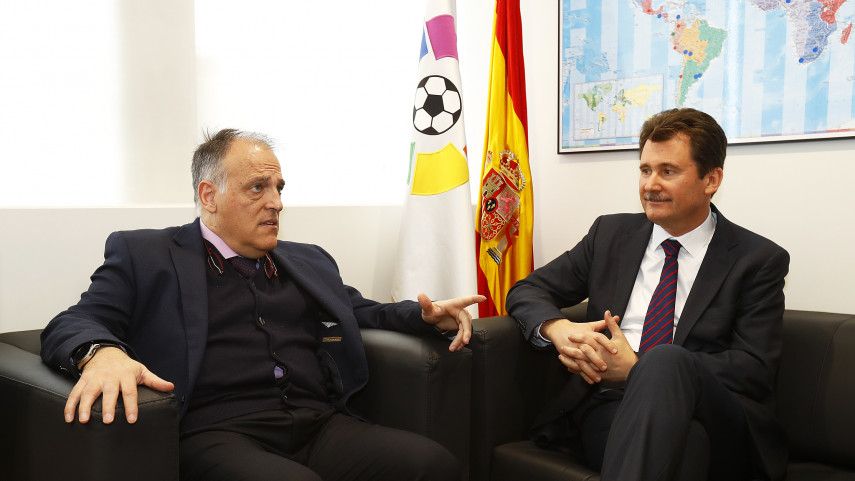 The LaLiga president and the Ukrainian ambassador to Spain sat down together to discuss the situation surrounding Rayo Vallecano player Roman Zozulya.

LaLiga president Javier Tebas and the Ukrainian ambassador to Spain, Anatoliy Scherba, met at the LaLiga headquarters this morning to discuss the state of affairs where Rayo Vallecano player Roman Zozulya is concerned.

These talks follow last Thursday's meeting between LaLiga, the Association of Spanish Footballers (AFE) and Rayo Vallecano. During that get-together, the three organisations agreed to stand firmly together, to protect the player both personally and professionally, and not to bow to certain pressures running counter to this commitment.

Likewise, today's meeting at the LaLiga headquarters concluded with both parties agreeing that it is incumbent on the Spanish government to provide Zozulya with support, since the player has been rendered defenceless and placed under duress by circumstances that may violate his right to work, which is a fundamental human right.