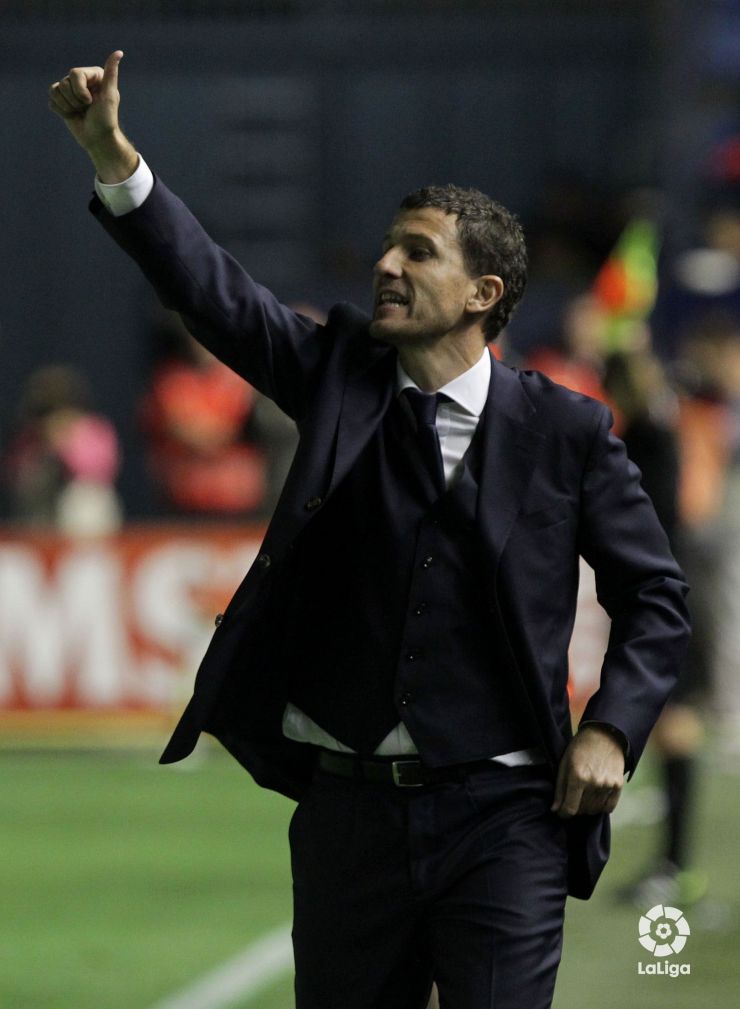 The Osasuna boss will take on Villarreal on Monday, a side where he played and took his first steps into management.

In a twist of fate, Javier Gracia became manger of CA Osasuna in the fourth round of the current Liga BBVA season, following a 0-3 defeat inflicted on his predecessor José Luis Mendilibar by Villarreal CF. The man from Navarra visits The Yellows this Monday in the 22nd round of games (22:00), a club where he played and took his first steps into management.

Without doubt it will be an emotional return to his old home. As a player, Javi Gracia spent three and a half years at The Yellows, between 1999 and 2002, playing 82 times, scoring six goals. After hanging up his boots at Córdoba CF in 2004, the now manager of Osasuna became a youth team coach at Villarreal, a side who he lead in the División de Honor, as his first professional management job. After passing through Pontevedra CF and Cádiz CF, with whom he achieved promotion to Liga Adelante in the 2008/09 season, Javi Gracia went back to Villarreal.

He took charge of their second side, Villarreal B, who he lead in Liga Adelante throughout the majority of the 2010/11 season, before being dismissed five games from the end. There he brought through five players who now form part of the Castellón side’s first team: defenders Mario Gaspar and Jaume Costa, central midfielders Manuel Trigueros and Moises Gómez, in addition to the attacking midfielder Hernán Pérez, meaning that not only does he know the club and their fans, but he knows the opposition players particularly well.

The 43 year-old knows what it is to take on his old club. He has done so on three occasions, without much luck. His first visit to Villarreal was to take on their second team with Cádiz in Liga Adelante in November 2009, where they lost 2-0. Last season he led Almería against The Yellows. The Andalusian side took a point at home and lost 1-0 at El Madrigal as both sides were promoted to Liga BBVA

Osasuna's manager will need to put sentiment to one side on Monday as he looks for a response to his team's 1-5 drubbing by Athletic Club. They sit 14th and are only three points above the relegation zone, and Osasuna is his priority, whilst Villarreal is just a yellow memory.