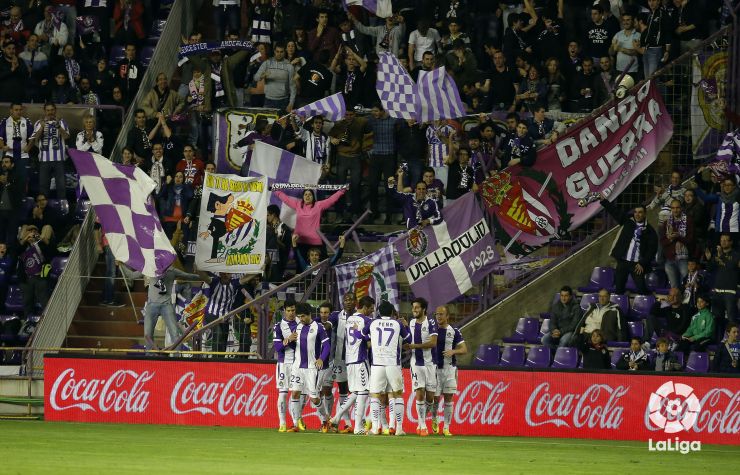 The blanquivioleta goalkeeper was the star of his team on their 1-0 victory over Espanyol in a game with few chances on goal.

Real Valladolid claimed a vital 1-0 win against RCD Espanyol in the final game of the Saturday on matchday 36 of the Liga BBVA, held at the Zorrilla Stadium. Juan Ignacio Martínez’s side maintained their good run of results at their home stadium and took a giant step on the road to survival.

The first half at the Zorrilla Stadium started with a scare. Jaime Jiménez won a one-on-one with Sergio García who had gone past the Valladolid defence to prevent a goal from Espanyol. It was a wake-up call for Valladolid who descended upon Kiko Casilla’s goal and managed to open the scoring. Antonio Rukavina got on the end of a loose ball in the area to score the first goal of the match. Javier Aguirre’s side looked for the equaliser but time and again they came up against Jaime, who prevented them from drawing level.

In a very evenly matched game with few chances on goal, both teams searched for the edge that would earn them victory. For Espanyol the main threat in attack was Sergio Sánchez but once again the goalkeeper from Castilla defended his team’s lead. Pizzi’s sending-off fifteen minutes from the end forced the Catalan team to close ranks in defence and play on the counter-attack.