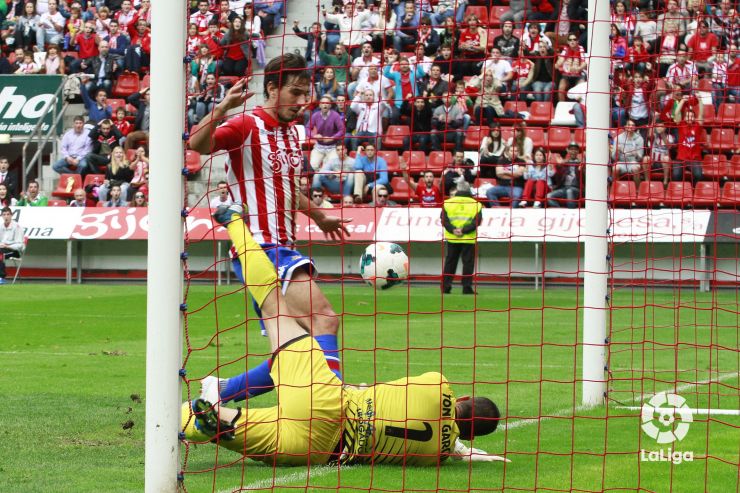 Jaén, the first team to take a point at El Molinón

The side from Andalusia drew 1-1 on their visit to Sporting, who until this fixture had won all Liga Adelante games at home this season

Real Jaén CF became the first visiting side to take any points from El Molinón this season after holding Real Sporting de Gijón to a 1-1 draw.

In a first half of few opportunities, the best fell to the visitors, however Jozabed wasn’t able to score when one on one with goalkeeper Iván Cuéllar. Indeed, Sporting didn’t have to do much to go ahead in the game. A cross that looked simple enough came towards the Jaén goal, however goalkeeper Toni García somehow contrived to put the ball into the back of his own net.

In the second half, it was Jaén who created the better of the openings, and hard work paid off for the Andalusian outfit in the 68th minute. Jona making no mistake having snuck in behind the home side’s defence.

The team from Asturias tried in vain to find a winning goal; however there was to be no way past Toni García for a second time. This means that Sporting’s run of winning every game at home in the 2013/14 Liga Adelante season has come to an end, however they remain in the mix at the top of the table. Jaén, who had a golden opportunity to win it in added time, remain in the relegation places despite securing their first point away from home.