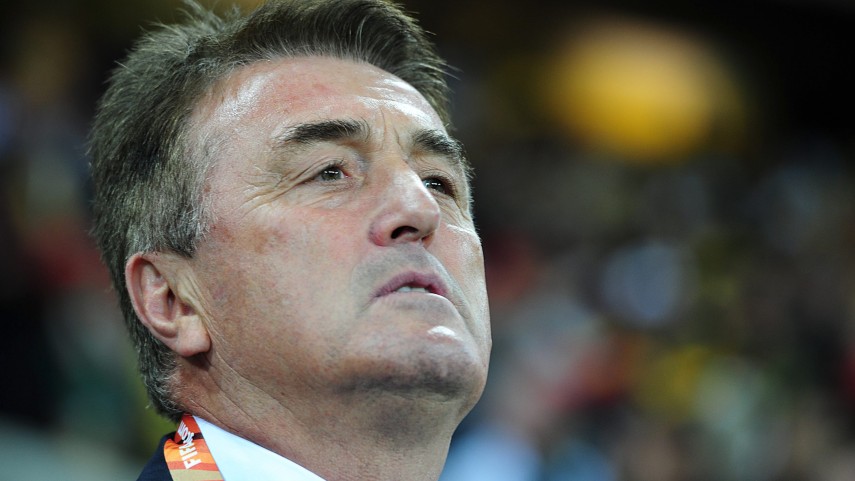 Former Atlético Madrid and Barça coach Radomir Antić looks ahead to Saturday’s match in the Vicente Calderón for LFP.es.

The Vicente Calderón will see the first half of the Liga BBVA season come to an end with Atlético Madrid taking on FC Barcelona, two teams currently on 49 points each. A man with experience in both dressing rooms, and who has coached some of the blaugrana’s star players and celebrated success with the Red and Whites is Radomir Antić. The Serbian coach is unequivocal as he speaks with LFP.es.

"It’s the best match you could possibly see at the moment. Both Barcelona and Atlético are dominating the league and have won a lot of Champions League and Copa del Rey matches".
Atlético Madrid’s last Liga BBVA title came with Radomir in the dugout and the current manager of the Madrid side on the pitch. During the 1995/96 season Diego Pablo Simeone scored 12 goals in what was a dream campaign (Liga BBVA and Copa del Rey). Even then Antić could see the Argentine had a calling to be a coach. "Simeone played to the left of centre midfield and wasn’t left footed. He wasn’t fast and wasn’t very technical, but he was 'Cholo' Simeone, and that gave him his fierce determination. I always looked for balance. To win titles you need confidence and character", he concluded.

His time with Barça saw Antić take the side from 15th in the league to European qualification thanks to a great second half of the season. During that trophyless year a player emerged who has since risen to the top of the world game, Andrés Iniesta. "I discovered him in the Brunete tournament when he was 12. And you could see he made everyone else play. He also has a character and personality which inspires team work. He has that touch. I’m extremely proud to have given him his debut".

Under the Serbian’s stewardship, Víctor Valdés, Carles Puyol (I preferred him as a centre back rather than as a right back, where he had been playing) and Xavi Hernández began to sow the fruits which the team has been reaping for the last few seasons. Especially intriguing was his chat with Xavi. "I spoke to him when I came to the club and told him not to cross the halfway line. He had qualities, but he never entered the opponents’ half. I pushed him into an attacking position against Espanyol and he scored the first time he stepped foot into the opponents’ area. Since then we have had one of the best attacking midfielders in the world", he told LFP.es.

Away from the pressure, tension and meticulous preparation required for a match of this magnitude, Radomir Antić will watch this encounter as a football fan. And he will enjoy it whatever happens. "It is a match that will be full of spectacle and will offer plenty in terms of quality. Atlético Madrid’s style of play has changed drastically from what it once was. There is now a much greater balance between the defence and attack. Atlético now has an authoritative way of playing and conducting itself on the pitch. Before now the team’s biggest concern was trying to counteract the rival".

He would not be drawn on predicting a man of the match, but mentioned a few of the biggest names ahead of Saturday’s 8pm clash in the Vicente Calderón. "Its difficult to name one person because both teams are full of great players. Barca has Neymar, Pedro, Alexis and Messi. And Atleti has the likes of Villa and even Raúl García, who is enjoying a great run of form", Antić concluded. The Serbian is now counting down the minutes for the Liga BBVA matchday 19 clash to begin.