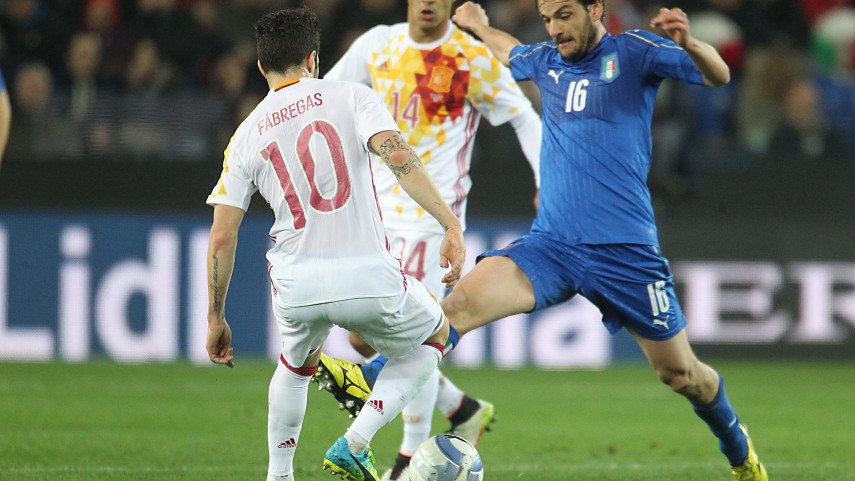 Italy and Spain draw in Udine

An Aritz Aduriz strike saw Vicente del Bosque’s side draw 1-1 on their visit to Italy in an evenly matched game as part of their preparations for this summer’s UEFA EURO 2016.

Italy and Spain held each other to a 1-1 draw in an evenly matched game in Udine which served to prepare both national teams for the UEFA EURO 2016 tournament which will be held in France this summer.

The two teams showed each other a great deal of respect in the opening minutes, but Italy gradually managed to impose their game and bear down on David de Gea’s goal. The goalkeeper stopped Italy’s clearest chance in the first half – a long-distance effort by Antonio Candreva.

Spain improved in the second half and started to press higher up the pitch, but Italy capitalised on the situation to take the lead with a quick counter-attack. Emanuele Giaccherini crossed and Lorenzo Insigne slid in to get a foot on the ball and direct it past De Gea and open the scoring. However, Spain did not take long to react and Aritz Aduriz levelled the scores on his return to the national team in the very next move after Alvaro Morata’s header forced Gianluigi Buffon to parry.

The scoreline remained unchanged through to the final whistle, although De Gea was called into action and produced a fine save to prevent Italy from scoring a second, as Spain walked away with a draw against one of the toughest teams on the continent following a serious test of their pedigree ahead of this summer’s tournament. Vicente del Bosque’s team take on Romania in Cluj on Sunday in another friendly as their preparations continue.