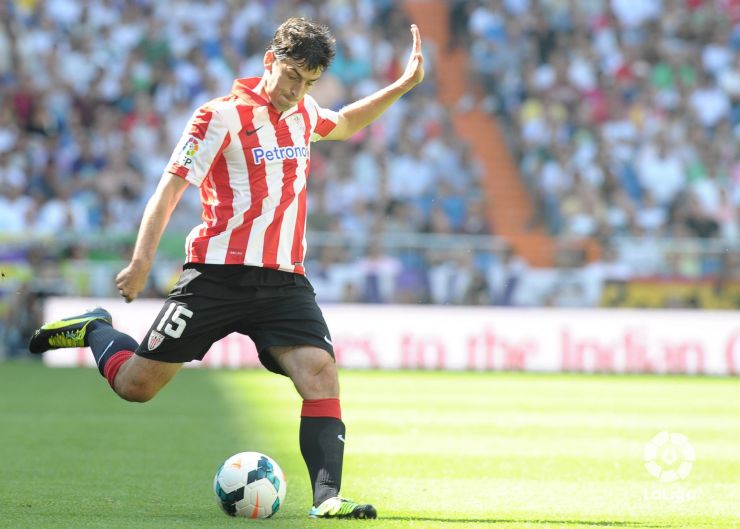 Athletic and the player have reached an agreement for the latter to stay on at the club, extending his contract, which was due to expire at the end of 2014, by one season.

The president of Athletic Club, Josu Urrutia, and rojiblanco full-back Andoni Iraola have signed a new contract by which the player will stay with the side until the 30th of June 2015. “I am very happy and grateful to the club for giving me the chance to stay here”, he said after signing the contract. It will be the twelfth season for the defender from Usurbil (Gipuzkoa), who currently lies sixth in Athletic's all-time matches played list with 451 games under his belt.

The 31-year-old Iraola has become a key player for Ernesto Valverde, who has used the him in all 15 Liga BBVA matches this year and who also gave him his first-team debut in 2003/04. “I will always be grateful to Valverde who gave me my first appearance for Athletic”. Also, despite being a full-back, his penchant for going forward rewarded him with a goal early in the season against RC Celta de Vigo, a match which his team eventually won 3-2.

“My future will be dictated by my performances. That is what I have to worry about and focus on”, he stated in a press conference. The news was preceded in November by the renewal of another rojiblanco captain, Carlos Gurpegi, who also extended his contract until the 30th of June 2015.