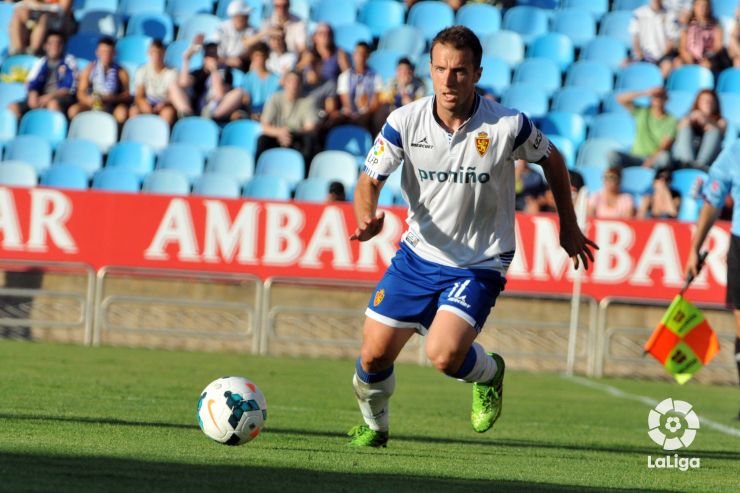 The Liga Adelante’s right-winger Montañés has suffered a grade one muscle tear in his left leg, while Paglialunga is unavailable for the upcoming match against Alavés.

Real Zaragoza could have a few players missing ahead of the Liga Adelante matchday 11 clash with Deportivo Alavés.

Paco Montañés is a doubt, while right-winger Mario Paglialunga will definitely miss the upcoming match because of physical problems, according to the Aragonese club. Montañés, one of Paco Herrera’s most dangerous attacking options, suffered a grade one tear in his left leg in the game against Deportivo La Coruña, with his return still dependent on how quickly he can recover.

Meanwhile, the club’s medical team has confirmed that Paglialunga will miss the encounter against the Basque outfit because on an inflammation in his left hip. The player will train alone for the next few days and his recovery time will also depend on his progress.

Zaragoza has only lost one of its last five Liga Adelante encounters, and currently sits in eighth place with 15 points from ten matches.