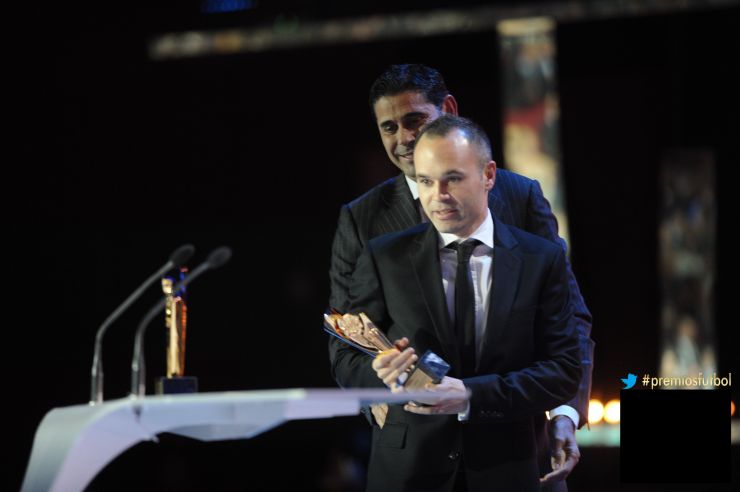 His elegance, vision and brilliant passing make him the best Liga BBVA player in the position.

"I would like to thank all the people who valued my work last season. This award is worth more because last season was a difficult one in terms of personnel, such as Tito and Abidal", explained Iniesta.

The Barcelona midfielder, one of the greats of the modern game, plies his trade in the superb azulgrana midfield with Sergio Busquets, Xavi Hernándezand Cesc Fàbregas. With Tito Vilanova pulling the strings from the bench, the player from La Mancha played more than thirty games to help Barcelona on their way to the Liga BBVA title, equalling the record number of points (100).

Elegance, vision and ability to shield the ball from his opponents form just part of the CV of a player who seems to have been dedicated to Barcelona and the Liga BBVA for a lifetime. Having won everything on offer with the Catalonian side, Iniesta continues to dazzle on the pitch, now under the orders of Gerardo Martino.