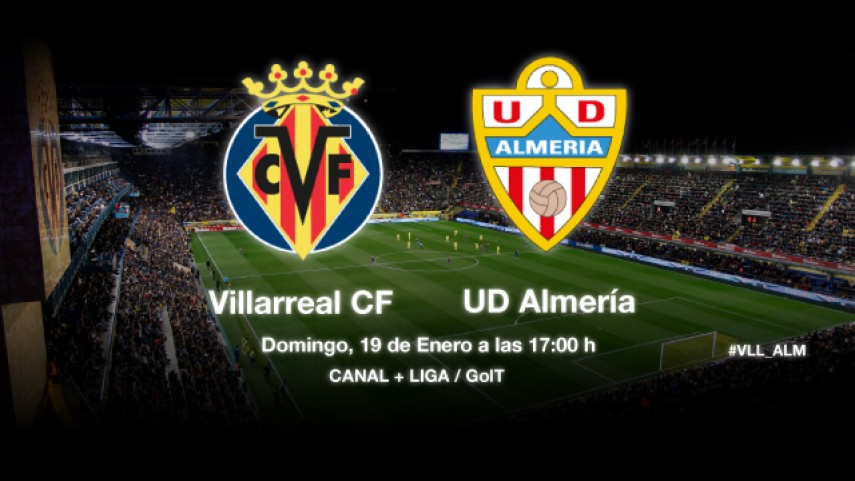 In search of a confidence boost in the Liga BBVA

Villarreal and Almería will both be hoping for a return to winning ways in the league after their eliminations from the Copa del Rey.

Villarreal CF and UD Almería are looking for a confidence boost on matchday 20 of the Liga BBVA after their eliminations in the Copa del Rey.

The Yellows beat Real Sociedad de Fútbol 5-1 in their last Liga BBVA match in what proved to be a goal-fest for Marcelino García Toral's side in El Madrigal. The coach will be without midfielder Javier Farinós for the match, while 'Cani' will be a doubt until the last minute. Marcelino hopes to continue scaling the table, although he knows it will not be an easy task against his opponent: "Almería will demand 100% focus".

For the rojiblancos, defender Nélson, midfielder Hans Martínez and striker Rodri, are not on the team-sheet. Their coach, Francisco, spoke of the strategy he hopes will bring in three points on Sunday: "At Villarreal we have to play well in defence and be intelligent on the ball".