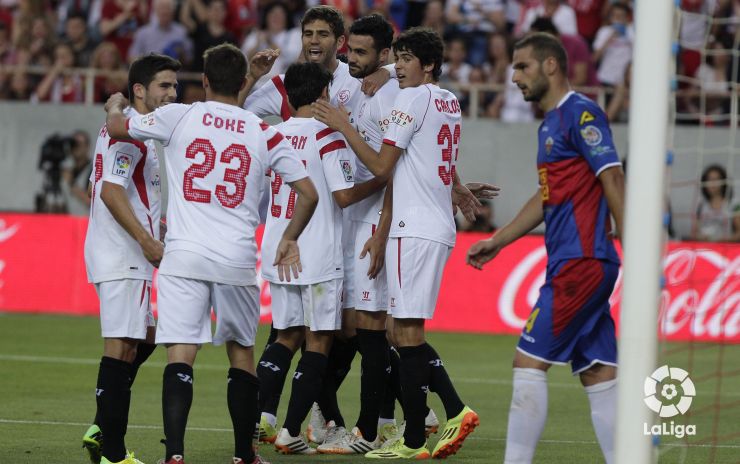 Iborra and Jairo give victory to Sevilla

The side from Seville beat Elche 3-1 on Liga BBVA matchday 38 in a game where they celebrated their Europa League win with the fans.

Sevilla FC celebrated its third UEFA Europa League with a 3-1 victory over Elche CF on the final matchday of the Liga BBVA thanks to goals from Vicente Iborra (2) and Jairo Samperio. Richmond Boakye cut the deficit on the final whistle.

There was a party atmosphere in the Ramón Sánchez Pizjuán this evening. The newly crowned Europa League champions walked down the tunnel with their objective in the competition already reached to take on an Elche side that had already secured safety in the division. In a match lacking intensity, Vicente Iborra emerged as the star man after getting the only goal of the first half.

After the break, Sevilla made an even greater impression on the scoreboard. Jairo Samperio doubled the home side’s lead before Iborra got another to seal the Andalusian team’s 18th victory during the 2013/14 campaign. Just before the final whistle, Boakye pulled a goal back for Elche, but it ended up only being a consolation for the visitors. The result means the Sevilla finish the season in fifth place while Elche end their year with 40 points and in the mid table zone.